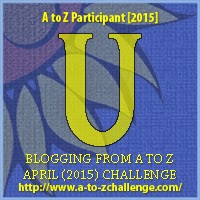 The guards let Paice through with barely a nod.  In many circles through the kingdom Paice held greater respect from the people than the king, and among the soldiers of the realm was one of those circles.  Those brave men of Sem who fought so desperately to defend their country would march into hell for their beloved commander, and Paice knew that many of them had.  He could not bring himself to think of all the men who had died under his command.  His superiors would point out that the enemy always lost five to ten times as many troops as Paice whenever he took the field,  but that was no consolation to the lord commander.  When he met Hades at the gates of the Under Realm—and he was quite certain that he would be recognized by the god himself for all the blood he had spilled—Paice knew he would have to answer for every one of the brave souls who had fallen under his watch.  He would agree to spend a hundred years in hellish torment for every one of them, if only the god of death would find it in his mercy to grant him just a few more hours with his precious little girl; to hold her one more time and to say the goodbyes to which he had been so violently denied.

Fresh tears were streaming down Paice’s cheek as he approached the throne across the vast marble floor.  Although his vision was clouded, the lord commander knew that King Ulric was not the man sitting on the throne before him.  King Ulric the Second would probably never sit on the silver throne of Sem again, and while the man seated there in his place did not currently wear the crown, he would very soon, and he would deserve it.

Prince Ambrose rose from his seat as Paice approached.  The lord commander did not bow. The half dozen guards at either side of the throne, dressed in polished silvered mail and carrying heavy shields and spears, must have seen the ridiculousness of a royal prince - the king’s own son - rising to greet a man who did not bow to him, but not a single one of them showed any hint of emotion at the strange occurrence.  It wait take far more than that to shake them;  Paice had trained them himself.

“My Lord Commander,” Ambrose said amicably, stepping down from the raised dais upon which sat the silver throne to look Paice level in the eye.  “I am glad to see you up and about.  Please believe me when I say the thoughts and prayers of my family and the entire kingdom go out to you now.”

Prince Ambrose was a handsome young man, with dark hair and complexion and a sturdy, royal bearing.  He looked like his father when his father was that age; an age which Paice remembered well.  Lord Paice had been no more than knight then, and Ambrose had been no more than babe suckling at his mother’s breast.  Now that tiny mewling child was fully grown and hardened by ten years of war on his doorstep and was about to become a king.  Paice had always respected and liked the young man, though right now Ambrose was just coming across to him like an ass.

“I do not need your thoughts and your prayers, your highness,” Paice said coldly. I need your army, he thought. “They serve me about as well as a piss pot would to besiege a castle.”

The slightest expression of insult flashed across the prince’s face, but Ambrose covered it admirably.  He was an even better diplomat than his father.  “Then please accept my own, personal condolences, Paice, from a man to a man.”

Paice nodded.  If anyone could understand his hardship, it was Ambrose. His sister had been taken the same night the Wasps killed Paice's daughter.  How a man half Paice's age could shoulder the burden better than he, Paice had no idea.  “How is your father, Ambrose?”

- excerpt from the unfinished novel "The Tears of Sem"

I had a tough time coming up with a "U," hence using a character that never actually appears in any of my manuscripts, having only been mentioned by other characters.

I've stumbled across some weird things while digging through old works for the A-to-Z exercise. One of those was a half-finished novel I wrote almost ten years ago that I had nearly forgotten about. It's an expanded version of "In the Shadow of the Wasp" I mentioned a few days ago, based on stories I wrote in high school. Ulric is the father of Anilita (the girl from the that linked story) and Ambrose (shown above). He's the king of a country about to be destroyed in a vicious, terrible war. He's lying on his death bed, poisoned by a traitor while his children struggle to hold the kingdom together. He doesn't appear in person in the manuscript I found, though his presence weighs heavily over numerous scenes.

The story is set in the same world as "The Gate and Necromancer" that also came up a couple of times in the last few weeks. In fact, they're loosely part of the same, long story. Parts 2 and 5, if I were to guess. So there's yet another problem with ever finishing and releasing these stories: Of a potential 7-book cycle, I have book 5 finished and book 2 half-finished. What the hell am I supposed to do with that?

I also apologize because these posts are getting longer than I had anticipated, and I'm sure you all have better things to do that read hundreds of words of excerpts from unpublished novels.