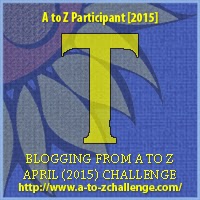 “Okay, we’re looking for a portal," said the boy. "We don’t know what it looks like but we’re pretty sure it’s down here somewhere.  Do you know where it is?  Where we could find it?”

“I’m sorry, but not'ing down 'ere is mapped or catalogued,” Clive said sadly.  “It’s impossible to know wore anyt'ing is fer sure.  Only The Toymaker knows wore evert'ing is."

“What in blue blazes is the Toymaker?”

“De Toymaker used to own dis factory before de fairy queen.  'E made all de guardians, and all de Forbidden Gifts, too.”

“So he just sat around all day making these monstrous things?”

“Oh, no.  Most of what ‘e made was beautiful, and nice, and brought joy and ‘appiness.  ‘e just gave all of dose away.  De t’ings dat ‘e could not give away were left ‘ere.”

“I guess no one wants a bloody pair of human lungs,” Mookie said, sniffing at a very soggy-looking but brightly-wrapped box.

“Actually, an ast’matic would love a pair of fres’, ‘ealt’y lungs,” Clive corrected.  He adjusted his silly hat.  “People asked for all de gifts dat got left down ‘ere, ‘e just couldn’t give dem to dem.  Dat's woy der ‘Forbidden.’”

“So let me get this straight,” the girl said.  “There’s this Toymaker, and people ask him for presents, and he gives them to them just because he can?  Who is he, Santa Claus?”

“Formerly ‘is toy factory, aye.  As you already 'eard, he’s not 'ere anymore.”


* * *
The Toymaker is one of the antagonists in "The Revenge of the Sugar Plum Fairy," one of the books I wrote for my family (in case it's not obvious, it's the Christmas-themed one). In this one our heroes (my wife, myself and our pets) end up on a frozen world ruled by an evil fairy queen who has enslaved the true ruler of the world - the aforementioned Toymaker - who on the surface appears to be Santa Claus but turns out is an vile and unrepentant asshole. You see the whole reason he's trapped at the North Pole and forced to give away gifts to bring good to the world is because he's actually a monstrous demon who is being punished for his wickedness. Our heroes have to defeat both the queen and the Toymaker in order to get out of this nightmarish world. 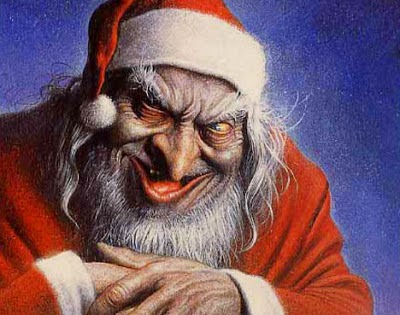 I'm not afraid to say that this is perhaps my favourite thing I've ever written. It's ridiculous and over-the-top and more clever than I can generally imagine myself being. The Toymaker has a pair of bumbling demon lackeys called Sprocket and Wingnut who constantly screw up and get killed in progressively dumber and sillier ways (but are immortal and keep coming back). The reindeer are a bunch of jerk jocks who get into a fight 8 on 1 against the fat orange tabby cat. There's also an epic battle with a kaiju-sized snowman that I won't spoil here. I really am happy with it but it will probably never see the light of day because, again, it's about my wife and I and our talking magic elf cats.