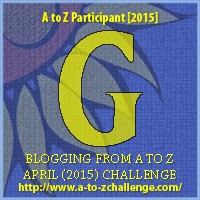 “So who is this woman?” Gregory asked.  He strode immediately to his father’s huge, mahogany desk and sat upon it, raising one knee and planting his soiled boot firmly on the edge of the well-oiled wood.  “Who are you marrying me off to?”

“I’m not ‘marrying you off’ to anyone,” the Baron said, irritated.  He snatched a stack of parchment away from his son’s foot.  Gregory suspected his father knew he was annoying him on purpose.  It mattered little.  The knowledge did not make him any less annoyed.  “A very lucky family is going to gain the heir to Andorak as a son-in-law.”

“What kind of backwater shithole is this ælfish wench from, if marrying me is a move up?  She’s not a peasant, is she?”  Gregory knew she was not.  As small and insignificant as Andorak was—nestled between the vast, empty Klamath forest and the even vaster and emptier Desolation—Baron Gregory the Fourth had enough pride for ten men with twice his station, and would never dare soil his already questionable family name with marriage to a commoner. The younger man only asked so that he might see the look on his father’s face.

Baron Gregory twisted his lip into a snarl, as if he had bitten into a particularly sour lemon.  “Do not mock me, boy.  You will be married to a woman worthy of your birth, and both our families will benefit from the union.”

“But father,” the young man asked in mock concern.  “What if I do not love her?”

“You know I did not love your mother any more than you loved that dog you kicked to death as a boy.  A wife is the same thing; a loyal, trusting companion with but few—if very important—uses, but whom you must not be afraid to educate or discipline as necessary.”

Gregory the Younger’s humour drained away, and he felt his face grow hot even as his blood froze icy cold in his veins.  All joking aside, his father truly was a bastard.  Gregory’s mother had been a beautiful and loving woman, who had been a faithful wife and caring mother, undeserving of his father’s cruel and bitter scorn.  “Your lordship,” Gregory said, his voice flat as a still pool of water.  “Why did you ask me here?”

Many years ago I wrote a lengthy fantasy novel based on a D&D campaign my friends and I played shortly after University (I've written about it a few times at ruleofthedice.com). It was the longest book I've ever written by far and had some deep characters and an expansive world, but I never really planned to do anything with it because I was kinda embarassed it was based on an RPG. That being said, the story has mutated and changed, and is no longer that closely tied to the original game (I've even changed the characters names and backstories, the original players may not even recognize their own characters anymore). If I did want to move forward with it, it could easily launch a series if I ever had the amibtion to return to epic fantasy.

Anyway, Gregory Valtas the Fifth, called Gregory the Younger (his father Baron Gregory was the Elder) was a minor character in the original game, the son of the Baron who was one of the main antagonists, but somehow in the book he became a major player. I think I enjoyed writing him because he was the one person who was entirely my own creation and had nothing to do with my player's characters. He started out as a selfish whiny little prick but had a tragic arc  that becomes very important to the meat of the book later on. I've always been attached to characters who start off as quasi-villains who are not blatantly evil but whom you still want to see get choked to the brink of death, but eventually turn out to have a redeeming side and do the right thing in the end. Diarmuid from the Fionavar Tapestry is probably my first and favourite example of this archetype, and now that I think about it was probably a direct inspiration for Gregory.

Posted by C.D. Gallant-King at 5:30 AM
Email ThisBlogThis!Share to TwitterShare to FacebookShare to Pinterest
Labels: A-to-Z Challenge 2015, Fionavar Tapestry, Gate and Necromancer, Writing