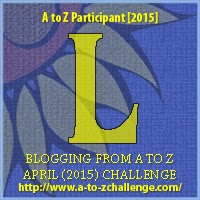 My name is Reverend Lucius Daée and I am a problem solver.  I specialize in doing the dirty jobs that rich, important people don’t want to soil themselves with.  Some people call me a criminal, a hitman, a bounty hunter.  I prefer “problem solver” because I make inconveniences go away for my employers.  In that way, I guess I’m something like a housekeeper or a cook; except that my talents are very uncommon and very expensive.

Some people call my partner a psychopath, and I wouldn’t argue with them.

My partner, Rand, and I are in Las Vegas on a job.  We’re dressed to the nines in thousand dollar suits—mine’s a pristine white silk deal, Rand’s in jet black, as always.  We both wear mirrored shades, even in the middle of the night.  In Vegas the lights are bright enough you can get away with it.
We pull up in front of the casino in our silver Caddy.  It’s a rental and I’m driving—whenever I pick out the car it’s always a Cadillac or a Mercedes.  Rand says I look like a pimp but I don’t care, that’s my style.  He always picks out these tiny little sports cars that I can barely fit in without my knees pressed up to my chin.

We step out and I toss the keys to the valet.  The new Metropolis Resort spreads out before us like a glowing neon spider.  It’s the biggest hotel/casino of its kind on the face of the planet, with six wings spreading out across something crazy like sixty acres.  It’s owned by a Mister Donny Arab, the richest and slickest sleaze bucket in the real estate business, and he’s paying Rand and me a lot of money to be here tonight.

The guy at the door, a proper-looking old British butler-type, recognizes me and smiles broadly.  He used to work at one of Arab’s other resorts.  He knows that whenever I’m in town, the casino’s going to make a killing.  Not from me, mind you, but from all the stupid schmucks who see me winning hand after hand then throw their life-savings away hoping to ride my luck.  I’ve seen it a hundred times and I can guarantee you that my skill and luck is not the kind that rubs off.  Some people call it the “Devil’s Own Luck.”  Me, I prefer to call it “Sister Isaac Josephine’s Own Luck,” after the crazy old nun that blessed me as a child.  I don’t quite know if her prayers actually did anything, but you’ll never hear me complain about it, either.  My luck is that kind that rubs everyone else the wrong way—it keeps me alive and my enemies dead.

That’s my other passion in life, besides my job.  I’m a gambler.  Roulette, craps, hell, even betting on horses, I’ll do it all.  But my favourite is poker—where you can watch the other guy’s eyes across the table, and wondering if he’s got that one lucky card that’s going to break you or send you home a rich man.  There’s a thrill and a rush in those games unlike anything else in the world.  It’s better than sex, and it’s almost as good as killing a man.

Or so Rand tells me.  For me, poker is better.


- from the unpublished short story "Sister Isaac Josephine's Own Luck" 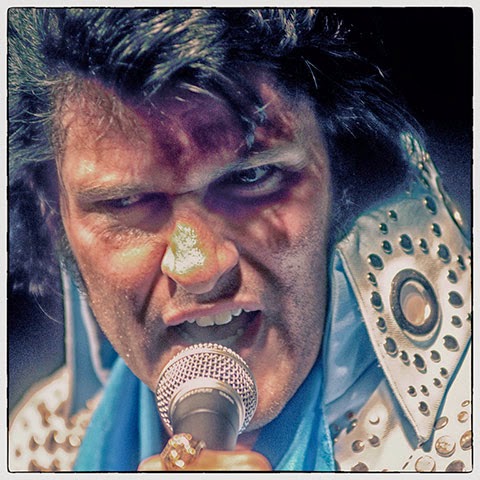 Not exactly Lucius, but hopefully you get what I'm going for
Source

The Doctor Reverend Lucius Daée is a character that appeared in a single short story that I thought had the presence for a longer tale but thus far hasn't worked out.

He's very loosely based on a guy I actually knew - a huge, fast-talking man of indeterminate East-Indian/Pakistani descent who looks like a giant brown Elvis impersonator. He's a fast-dealing, high-rolling, slick-dressing gambler and con man with a heart of gold. He and his partner, Randolph "Rand" Knight (Knight and Daée, get it?) travel the world getting into trouble and solving crimes as part of their own two-man private investigation / body guard / smuggling organization, taking whatever kind of odd jobs paid the bills.

The gimmick was twofold:  One, Lucius' partner Rand was a thin creepy albino who rarely spoke, which provided a nice contrast, and he was also a bit of a psychotic lunatic who loved to do the dirty work which someone of Lucius' grace and sensibilities would prefer not to sully his hands with. While not actually a real reverend - or a doctor - Lucius would carry himself as a hoity-toity man of peace who would not dare to harm another of God's creatures. Of course, that was bullshit too, but it made for a fun character trait.

Two, the cases they took on were usually supernatural in nature. They were like demon-crime busters, which may have been taking a silly concept one step too far. Still, I love the idea of the duo and hope I can reuse them some day in some capacity. It's quite possible they may run into Fitz and Dee someday, we'll see how it goes.