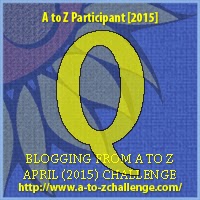 Nathlan awoke in darkness.  He started and sat up from the soft bed upon which he lay.  Pain shot through his chest, he groaned, and slumped back down.  Where was he?

A candle flickered to light not far away.  A beautiful woman stepped into view holding a long, thin white taper, which she placed on the bedside next to Nathlan’s head.

It was Esmiralda.  She was dressed in a gorgeous green gown, cut scandalously low across her breasts, and dagged with silver across the long, flowing arms.  Her silky black hair hung loose and full around her soft, pale face, a face which looked concerned and slightly relieved.

Nathlan did not answer right away.  He was staring too intently at Esmiralda.

“Try not to move.  You are still in the palace.  Your wounds were serious, but we have nearly healed them.”

“Merryck stabbed me,” Nathlan said, the memories flooding back into his mind.  They came in pieces, broken and incomplete.  He did not remember very much after they entered the Vault, except that there was a battle, and Merryck had stabbed him in the chest with his sword.  Was it an accident?  Had the priest made it look like an accident?  “Why did he stab me?”

The Queen Mother nodded sadly.  “I do not know.  There is treachery afoot in this kingdom, and I don’t know who to trust anymore.”

Nathlan remembered, not long ago, speaking with Esmiralda in a garden somewhere in this palace.  He did not remember the exact details of their conversation, nor the face of the man who was there with them, but he remembered vividly that he had fallen in love with the Queen Mother that day.  He had not admitted it to himself before now, could not have admitted it, for what chance did he, a lowly son of a fisherman, have with the mother of the King of Yenrah?

Now, lying here, gazing into her beautiful face, at the perfect lines of her neck, her shoulders, her breasts, he felt something stir inside him.  He could not fight it anymore, could not hide it.

“You can trust me,” Nathlan said.

The Queen Mother smiled.  Nathlan felt his breath quicken, and his heart pounded harder to push thickening blood through his damaged body.  “I think I can, good Sir Nathlan.”

“If you are to be my trusted confident, you must be more than a lowly foot soldier,” explained the Queen Mother, placing her hand on the young man’s forehead. “Mina ‘ukea kiros sina,” she spoke in the old tongue, the words which every soldier and man-at-arms knew but few were fortunate enough to hear.  They were the words which could be spoken only by another knight or royal, words which by ancient law could raise any man or woman to the title of knight, and the chance to forge a better life for themselves.

Nathlan felt tears well up in his eyes.  “Your Majesty, I don’t know what to say,”  She was so beautiful.  “What can I do to honour you, and prove to you that you have made the right decision?”

“I fear Merryck is in league with these agents who plot to overthrow my son.  I don’t know the details of who is involved, or what they want, but I cannot wait any longer to find out.  Merryck needs to die.”

“I will kill him for you, Your Majesty,” Nathlan replied.  He did not know why he responded so quickly.  He had never actually killed anyone before.  But somehow, he knew he could kill Merryck.  For some reason, he had a deep, unrelenting hatred of the man, though he could not explain why.  More importantly, Esmiralda wanted him to do it, and he could not displease his mistress.

“Good,” Esmiralda said.  “Do it swiftly.  He will lead the mercenaries to the top of the mountain tomorrow morning.  They must not make it to the gate.”

-excerpt from the unpublished novel "Gate and Necromancer"


* * *
In the back story of my aforementioned epic fantasy novel that will probably never see the light of day, the kingdom was saved many years ago by Wilhelm the Liberator, a man born an outcast and a half-blood to a race of untouchable desert-dwellers. When he died his son took over the thone but was not half the man his father was. He coasted on the fame and good will of his father, and then died under unusual circumstances. Some say his wife Esmiralda murdered him, either for having an affair or so that her son would ascend to the throne and she could control him and rule at his side.

In the novel, Esmiralda is a 50-60 year old woman who looks 25, and is a dangerous and powerful sorceress. She has made dark pacts with powerful forces to maintain her youth and magic, and may be in direct cahoots with the main villain, though her treachery is always done in secret and at arm's length - she would never risk exposing herself by opposing the heroes directly.

Now that I think about it she's a pretty stereotypical evil queen kind of character, which I suppose is not a bad thing but she is strikingly one-dimensional compared to some of the other characters in the story, who I tried really hard to make more complex than your standard fantasy tropes. I may have to seriously revisit her character and motivations if I ever do a revision on that manuscript.

Posted by C.D. Gallant-King at 5:30 AM
Email ThisBlogThis!Share to TwitterShare to FacebookShare to Pinterest
Labels: A-to-Z Challenge 2015, Gate and Necromancer, Writing