It's that time again!

Stores have run out of candy and cheap plastic costumes, so they've starting putting up Christmas trees, wrapping paper and those little creepy ceramic villages with the tiny trains running around them.

Authors around the web are giving away treats for Halloween, but instead of tooth-rotting candy, they're handing out FREE BOOKS AND STORIES!

Biggest of thanks Patricia Lynne aka Patricia Josephine for organizing #TrickorTreatReads once again. A list of all the participating authors are below. Make sure to be a good little goblin and visit everyone to grab lots of sweet goodies. And PLEASE SHARE the event far and wide. Everyone loves free books, right?

Below is a list of other writers who are participating and SHARING FREE BOOKS for Halloween!

Here's my contribution to the festivities: 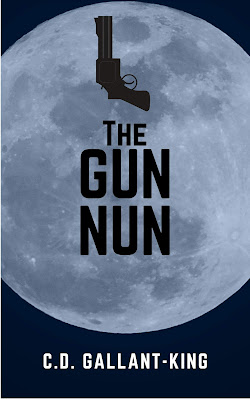 GET "THE GUN NUN" FREE ON AMAZON TODAY!

This BRAND NEW story is set in the same world as my Werebear vs Landopus stories. If you've read either "Tentacles Under a Full Moon" or "Revenge of the Lycanterrancephalopod," you know that they're pretty polarizing. You either love them or you hate them. But if YOU like foul language, morally abhorrent protagonists, bodily fluids and black humour you will hate yourself for laughing at, then HAVE I GOT A STORY FOR YOU!

Yet another serious story about grim, dark, hilarious misery.

The Gunpowder God does not deal in mercy and salvation, but in lead. And he'll give you a two-for-one deal on a box of bullets if you put at least a 50% downpayment on that shiny new Sacred Revolver of Defense Against Home Invasion.

Sister Siouxsie Cue is not on a mission for her church this time. The weary, cynical Gun Nun rides into the backwater town of Diagonal Luncheon to see a man about a troll - and to figure out why that troll is building bridges in the middle of a flat town square and trying to charge tolls for crossing it. But the misguided would-be toll collector only leads her to an even bigger troll, as well as a baby-faced country bumpkin named Timmy Corkeater who may be the death of her...

You can pick up "The Gun Nun" FREE, exclusively on Amazon Kindle:

And of course, it wouldn't be a free giveaway day if I didn't give away copies of my debut novel, TEN THOUSAND DAYS:

Available on SMASHWORDS
Use the coupon code VN24V at checkout

Ten Thousand Days was first released in 2015, but I have since nearly completely re-written it, and released a revised, expanded (and professionally edited) version in 2017. If by some chance you haven't picked it up yet, now is the time to do so! (Cause it's free)


HAPPY HALLOWEEN EVERYONE!
Be sure to check out all the other free books! 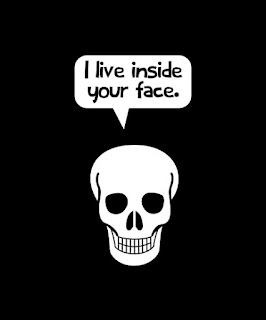 'Tis the season to be spooky.

Just a heads up that I have once again signed up for Patricia Lynne's Trick-or-Treat for Books Blog Hop! I'm pretty excited this year because I've actually got a new story to share for the hop!

Be sure to check back next week on Halloween (to be honest it will be up and available by Devil's Night - October 30th!). Below is a list of other writers who are participating and SHARING FREE BOOKS next week!


Even if you're not participating yourself, please share the list so that everyone knows where to get some great, spooky freebies for ALL HALLOW'S EVE!
Posted by C.D. Gallant-King at 1:44 AM No comments:
Email ThisBlogThis!Share to TwitterShare to FacebookShare to Pinterest
Labels: Free Books, Halloween, Patricia Josephin, Trick or Treat Reads

So that closet in the title of the blog? You know the one, it's mentioned just a couple of inches above this line on your screen. Yes, the closet in which I purport to find all my stories. That one. 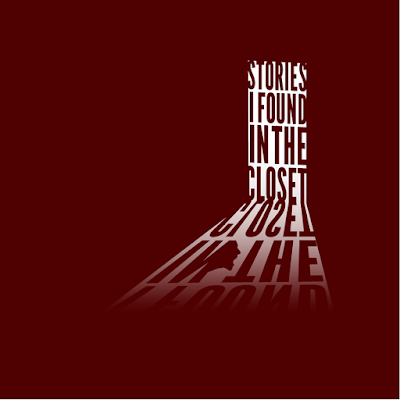 Here's a closeup, if that makes it easier.

The Closet is actually a real place. It's a small room under the stairs in the basement of my house in Ottawa. Sometimes I also refer to The Closet in a more metaphorical way as well, like it's the space in my head where my stories come from. But in the most literal sense, it is a real, physical place where (among many other things) I store all my old writings and note books, a veritable cornucopia of unfinished novels, unpolished manuscripts, forgotten short stories and more scraps of ideas and outlines than I could shake a stick at. There's also a box of rejection letters in there somewhere, which I used to covet and refer to regularly, but I've lately lost track of it. I don't think I've even put copies of my last few rejections in there.

Anyway, my wife and I recently decided to clear out The Closet, which besides my old writing contained Christmas decorations, board games, the cat's bed and litter box, and every piece of clothing my children have ever worn. My wife organized and sold/donated all of the clothes, so we have surprisingly more space than previously (seriously, it was a shitload of clothes). We've decided to move the cat to another corner of the house, paint the room and lay down some old laminate flooring that was leftover when we did the rest of the house, and make myself an honest-to-goodness writing space for the first time in years. 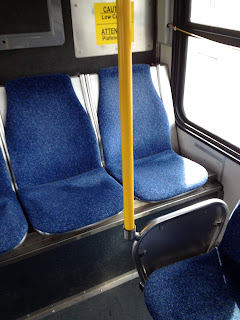 For those who may not remember, this is where I wrote my last book.

I was actually excited. As mentioned in the last few IWSG posts, I had been scraping to find extra writing time lately, so having a proper desk and my own corner sounded wonderful. This was going to be a good thing! I would develop a writing routine and I would be productive and that creative part of me that's always fighting to get out would finally be satisfied! Sure, I would lost my extra writing time for a week or two while I did the minor renovations, but it would be worth it! How could this awesome new project possibly be making me feel crappy and insecure?

It's been a month and my "week or two" project still isn't finished.

I finished the painting, which took longer than planned because I didn't have enough paint and had to beg and borrow to get enough (we are doing this on literally no budget). The walls of The Closet are now five separate shades of blue, which I don't mind because it's a fucking closet, after all. Three of the shades are quite nice.

Then I discovered I didn't have quite as much flooring as I thought, so much debate was had about which part of the floor to do. This decision changed a couple of times, forcing me to change my plan midway through and I ended up wasting a bunch of wood, so now I have my fingers crossed I actually have enough to finish my tiny corner,  which will now basically just be laminate floor around my desk and chair.

Then we had a tornado. We were fine, we just lost power for 24 hours, and I can't complain because many people lost their houses. But it still ruined the weekend and prevented me from getting any work done (it's rather tricky to do renovations in a pitch-black basement). 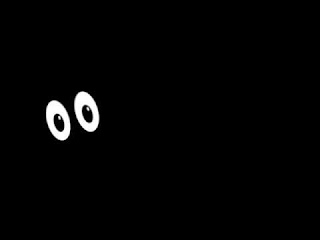 Is that my saw or the cat? And what did I just step in?

My wife and I were supposed to go away this past weekend to visit friends near Toronto. It was going to be our first time away overnight by ourselves since the kids were born (almost seven years). I was willing to give up my time for that. Except then my wife and I both got the flu, came down with a fever, and we had to cancel our trip. And because I felt so cruddy I could't get any work or writing done.

So yeah. It's been a month, and I haven't gotten The Closet finished, nor have I done any writing of note. Plus the rest of the basement is an absolute disaster because all the shelves and boxes that are supposed to go back in are all over the place, not to mention all the tools and garbage that goes along with any work of this kind.

I wrote a little bit on my lunch break yesterday, which is something, but I'm still feeling pretty bummed.

So that's my rant for this month. Fingers crossed that next month I can report that The Closet is back together and open for business, and maybe I'll even share some pictures of my work. But until then, I hope your writing month was better than mine.

The first Wednesday of every month is officially Insecure Writer’s Support Group day. Writers post their thoughts on their blogs, talking about their doubts and the fears they have conquered. It's a chance for writers to commiserate and offer a word of encouragement to each other. Check out the group at http://www.insecurewriterssupportgroup.com/.
Posted by C.D. Gallant-King at 12:30 AM No comments:
Email ThisBlogThis!Share to TwitterShare to FacebookShare to Pinterest
Labels: Bus, Insecure Writer's Support Group, IWSG, The Closet, Writing
Newer Posts Older Posts Home
Subscribe to: Posts (Atom)