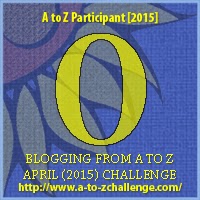 He rode down from the hills, his coat and boots stained with blood.  His fingers were scarred from burns sustained loading bullets into the red-hot chambers of his revolver. He had only two shotgun shells and a half-dozen .45 cartridges left.  He had broken both his tomahawks. Still, he was alive. It was a good day.

It was late afternoon when he reached the town, a village in the middle of nowhere too new to appear on any map. A pair of boys rushed out to meet the stranger, but turned tail and ran even quicker.  The stranger laughed. He looked like death, he knew, and in moments word that a half-dead bloody gunfighter was rolling into town would be on everyone's lips. He had not bothered to be subtle for he knew there were no secrets in a small town like this.

He hitched his horse outside the lone tavern on the dusty town's lone street and strolled in without hesitation. He ignored the eyes of the locals boring into him as he crossed the boot-worn floor to the bar.  The stranger was of average height and build, showing no particular distinguishing characteristics besides the blood and dust on his clothes.  He dropped his rucksack beside him.  He sat on a stool and felt the twinge in his back that had been giving him trouble since Abraham, and he put a scarred, bloody hand on the polished bar top.  When it came away a silver dollar glinted up at the barkeep.

The man behind the counter was a thick, burly man with cautious eyes and more hair on his big arms and broad shoulders than the top of his head. "What'll you have?" he asked, quickly pocketing the coin. The stranger knew he was the kind of man who had seen trouble before - and wasn't afraid to do something about it. There was probably an axe handle or club under the bar, if not a saw-offed twelve gauge.

"Food," the stranger said, and his thick accent drew even more attention. "And keep the whiskey coming."

"A Frenchman?" the barkeep asked, filling a shot glass.  "Looks like you had some trouble on the road.  Indians?"

"Something like that," the stranger replied, and slammed back the drink.  The barkeep topped it back up.

"We had some folks from Par-ee pass through on their way to San Francisco a while back. You don't look much like them."

"Well I'll be damned. We got us an honest-to-goodness French Canadian up in here." The barkeep smiled at some of the locals.  "You folks a real country yet?"

I love zombies. I also discovered a few years ago that I somehow inherited my father's genetic disposition toward westerns (who knew Louis L'Amour was hereditary?). I also (also?) love to shoe-horn in some Canadiana wherever I can. So that's why I came up with Honoré Oulette, a French-Canadian Cowboy Zombie Hunter.

Inspired by a story in Max Brook's wonderful Zombie Survival Guide about a mysterious zombie hunter who travels the wild west putting down zombie outbreaks, Honoré is exactly that, but he's from Quebec. I thought the idea of a French Canadian gunfighter was a nice blend and contrast to the genre. France allied with America during the Revolutionary War, so there was also that nice background that Honoré could lord over the backward hicks of the towns he visited. He's a weird, distrusted and exotic foreigner that everyone shies away from, but when the shit hits the fan he's the only one they can turn to for protection.

In reality it's probably better in theory than execution, because I wrote one story and remember absolutely nothing about it. It was pretty lame. Maybe I'll have to revisit it some time.