Why I'm Afraid of Vessels 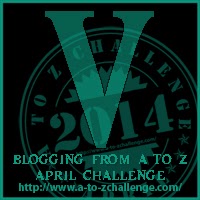 "Fifteen-hundred people went into the sea, when Titanic sank from under us. There were twenty boats floating nearby... and only one came back. One. Six were saved from the water, myself included. Six... out of fifteen-hundred. Afterward, the seven-hundred people in the boats had nothing to do but wait... wait to die... wait to live... wait for an absolution... that would never come."
-From Titanic

I mentioned a couple of days ago that I am not a fan of tidal waves.  I imagine that few people are.  (Except maybe people who own property just above the high water line, maybe?  I dunno). But my fear of nautical-related phenomenon is not tied directly to abnormal swells in water levels. I fucking hate boats, too.


I know, I know, I'm a Newfoundlander. My ancestors were born and raised in fishing boats. A few of them even died in boats (not a positive endorsement for seagoing vessels). I should feel perfectly natural in a boat. But there are few things that feel so UNNATURAL to me. Human beings are meant to walk on two legs on solid ground. If we were meant to live on the sea, someone (God or Darwin) would have given us fins and gills. Being out on open water on a dirt-dweller-made object constructed of materials that come from the land just feels so wrong. None of these things - not me, not the wood and metal - are meant to be in the water. For frig's sake, metal is not even meant to float, so where the hell do we get off bending the laws of physics to make that one happen?

Part of the my fear I'm sure is because I don't swim very well. If the ship goes down I'm pretty boned. Another part of the issue is that I have a weird fear of losing my glasses over the side of a boat (I wasn't sure where to include that one... "G" for glasses, maybe?). The biggest issue, though, is the seasickness. I know it's an odd thing to be proud of, but I have always bragged that I never threw up for twenty years. From the time I was a kid about ten years old until I was over thirty (and had a kid of my own who brought all kinds of weird diseases and viruses into the house), I never got stomach sick. At all. I could eat anything. I could bounce back from the flu like a champ. My only weakness was goddamn boats. Thirty seconds on a ship and I was turning green and hugging the gunwales for dear life.

Whatever gene my forefathers possessed to allow them to be fishermen certainly never made it to me. Unless they never had it either, and felt the same why every time they were in a boat. In that case they were even more badass than I previously imagined.
Posted by C.D. Gallant-King at 5:30 AM
Email ThisBlogThis!Share to TwitterShare to FacebookShare to Pinterest
Labels: A-to-Z Challenge 2014, Boats, Newfoundland