Why I'm Afraid of Star Wars 7 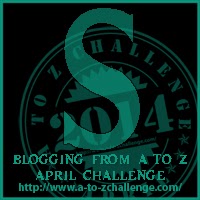 This one is pretty simple. No matter, when something is hyped enough for long enough, it's inevitably going to be a letdown.  Just like the new Star Wars films that came out in the early 2000s, just like the Undertaker at Wrestlemania this year.  When you build up something so big in your head, hold it aloft on such a high pedestal, OF COURSE it's going to come crashing down at some point.  We remember celebrities like Kurt Cobain, Bruce Lee and James Dean fondly because they never grew old enough to become bloated caricatures of themselves (looking at you, Mel Gibson).  Sometimes its better if our heroes are left in the past where they shine in the favourable light of memory, instead of dragging it out and rebooting it every few years.  Unfortunately, that seems utterly impossible in this day and age.

On many levels, Star Wars 7 cannot be as impressive and great as the original(s).  Star Wars ushered in a new era of moviemaking - it changed the way movies were presented and ushered fantasy and sci-fi into mainstream popular culture.  A new film can't have the same impact unless is redefines cinema again, which would require the studio to make a very different film than most people are expecting (which I would kinda be okay with - I would love to see Star Wars re-imagined as a film noir sci-fi thriller).

I think JJ Abrams will do a good job with it.  And despite their bad rep, Disney knows how to handle huge beloved franchises with care, so I can't think of anyone better to be backing him.  I'm certainly looking forward to seeing Mark Hamill, Carrie Fisher and Harrison Ford in bad 70s haircuts again, even if they get killed in the first act (and in fact, that may be the best case scenario).  But despite all of this, and all of my efforts to keep my expectations low, there may still be some huge disappointment come Christmas 2015 when Episode 7 hits movie screens.

"Great shot kid, that was one in a million."

Indeed it was, Han.  Indeed it was.
Posted by C.D. Gallant-King at 5:30 AM
Email ThisBlogThis!Share to TwitterShare to FacebookShare to Pinterest
Labels: A-to-Z Challenge 2014, Star Wars