A while back I wrote a post about my favourite podcasts hosted by pro-wrestlers. Since some of you may not be pro-wrestling fans (to which I have to ask - why not??), I decided to follow up with some other fun podcasts that don't feature people kicking or pile-driving each other.

Hopefully you all know what a podcast is, right? The name comes from an "iPod Broadcast," as it's a form of digital media you can download and listen to on your MP3 player. It's basically a radio program, but nowadays anyone can record one and put it out on the Internet for the world to hear. They are produced by major media corporations, celebrities and regular folks in their basement, and the quality and topics vary spectacularly, since anyone with a microphone and a computer can create one.  I listen to a lot of podcasts (while jogging as well as at work since many of my tasks are data-entry type deals that don't require a lot of concentration), and below you'll find a few of my favourites. I also highlight an episode or two of each to give you a good taste to get started.

All of these have their own sites where you can listen directly, as well as being available on iTunes (my preferred method of listening) as well as several other feeds. Find whichever one works best for you! 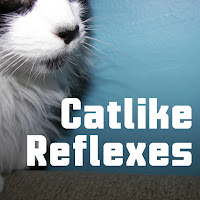 Full disclosure - I personally know many of the people involved in this one, so maybe I'm biased, but it's still a lot of fun to listen in on a gang of smart funny people joking about nerd stuff. It's basically a round table of like-minded geeky folks riffing on a different topic every week: movies, comics, video games and other pop culture references. It's recorded live with everyone in the room and the audio quality is top notch - it often feels like you're just sitting at a party, listening in on a fun conversation.

Will you learn anything? Probably not. But it's fun and hilarious and it's an entertaining way to spend 30-45 minutes. Not all podcasts need to be serious interviews. As a busy guy without the disposable time to indulge in my nerd pursuits, I can live vicariously through them as they talk about all the best comic books and video games and that I'm missing out on. Or, if you're the kind of person who DOES follow web comics and Steam games, you can listen in and then argue with the hosts over their opinions on social media.

Best Episode: Zombie Planning - The gang shares their plans for how to survive the inevitable Zompocalypse. 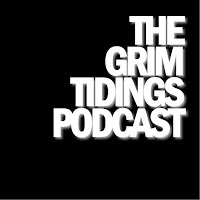 Do you like fantasy, particularly so-called "Grimdark" fantasy? Rob and Phil have your hookup! Two up-and-coming authors share news and stories about the sub-genre of Grimdark, but most importantly they also feature a variety of interesting guests - mostly authors but also publishers, designers and anyone else remotely connected to fantasy fiction - to provide candid interviews about their craft and the genre. They feature not only up-and-coming indy authors (from around the world, no less) but they also get high-profile guests like Victor Milan and R.A. Salvatore. The Salvatore show drops sometime in September and I think will be a huge deal for the show. This program is rapidly developing a big following and is definitely one to follow if you're into writing and/or fantasy fiction.

Best Episode: Whatever their latest one is, they improve every week. But if you're looking for one to start with, try their interviews Victor Milan, Dave de Burgh or Peter Newman. They're all great choices.

Formerly "The Guy Huddle," PodBros Promotions is the centerpiece in the ever-expanding PodBros network of podcasts, which features dozens of regular podcasts on a variety of topics, from geek fandom to comic books to sports to hunting to comedy and conspiracy theory and who knows what else; they seem to be adding new shows every other day.  Promotions focuses on promoting independent creators of all kinds, to give them a platform to tell the world a little about themselves and their projects. They've had writers, podcasters, artists, musicians (and yours truly) on board and if you're interested in just hearing different creators from all walks of life discuss their outlooks on how they make things and get their voices heard, this is the place to check out. And hey, you might learn about a new show, book or music that you'll come to really enjoy.

Best Episode: I could just tell you to listen to my episode, but really my favourite was their interview with Jack Wallen (Episode 31: The Zombie Huddle), a very successful independent author whose career I aspire to emulate. 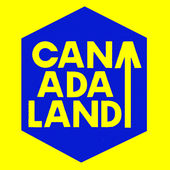 This one may be less interesting to non-Canadians, but it isn't just a Canadian news program. This is an exercise in media criticism, questioning how and why the media reports on current events the way they do. The topics noted journalist Jesse Brown reports on can only be covered on a podcast because mainstream news outlets wouldn't touch his stories with a ten-foot pole. Investigating bribery and government manipulation in the media, cover-ups, ethics in journalism - he touches on everything. It's not just some conspiracy theory nuts, either; Jesse interviews respected journalists, writers and media personalities about real current events and stories, asking questions no one else will ask. If you're at all interested in how we consume media (and Canadian news and politics in particular) it's very fascinating stuff.

Best Episode: His interview with comedian Scott Thompson. I know, I know, he's had interviews with Anonymous and talked about all kinds of serious and important topics, but I'm a sucker for Scott Thompson. The only reason his podcast (The Scott Free Podcast) didn't make my list is because it's updated so sporadically. 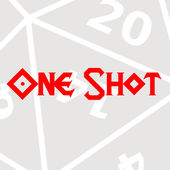 There are a lot of podcasts out there about table-top role-playing games, and recording of people playing roleplaying games (I mean A LOT), but they all suck. This is the only one I've found I can listen to. Not only does it not suck, it may also be my favourite podcast, period.

For those of you familiar with these games, you know how much fun it can be sitting around a table with your friends and acting out the ridiculous adventures of your make-believe characters. The folks at One Shot take that interaction and turn it into an art-form. Their table is filled with actors, comedians and performers of all kinds (not all, but enough to urge the table along) and they turn the game into a performance that other people can listen to and enjoy. I have honestly never laughed so hard at a podcast as I do at some of the antics these guys and girls get up to. A role-playing session is very much like acting out a little play, and that's exactly what these folks create: It's like listening to an old-timey radio play, and it's absolutely glorious. Even if you're not familiar with role-playing games at all, check out an episode or two of One Shot to see what a perfect game should look like (at least in my humble opinion).

Best Episodes: The Dungeon World series (a version of Dungeons & Dragons, episodes 29-31) or Inspectres (a riff on Ghostbusters, episodes 70-71). Both made me laugh so hard I had tears running down my face. I was listening to them at work praying no one would ask me what was so funny. I hoped they would just assume my grandfather died or something.

Hey all, don't forget I'm currently crowdfunding my next book in a vain attempt to get it picked up by The Nerdist. More info about it here, or you can go directly to Inkshares to support.
Posted by C.D. Gallant-King at 5:30 AM
Email ThisBlogThis!Share to TwitterShare to FacebookShare to Pinterest
Labels: #MondayBlogs, Canadaland, Catlike Reflexes, Grim Tidings, Grimdark, Lists, OneShot, Podbros, Podcasts, Review, Roleplaying Games