Review of My "Favourite" Wrestling Podcasts


I like professional wrestling. I like podcasts. Of course I'm going to put the two together for a listening entertainment smorgasbord. They're a great way to pass some time on my long bus ride to work or while going for a jog. I love to listen to interesting stories about weird and wonderful people (and trust me, there are few weirder than professional wrestlers).

There's no shortage of wrestling-related podcasts out there right now, these are just the handful that I listen to regularly. I usually don't touch anything produced by fans - everybody and their dog has opinions, and I'm not generally interested in wasting time listening to random Joe Schmo ramble about his for an hour. Not to mention the quality of the-fan produced shows usually remind me of the stuff I recorded with a tape recorder in my parent's basement when I was 10 years old.

I stick to professionally-produced podcasts by actual people who were or are in the pro wrestling business. They have the best insights, more knowledge of the industry and usually the best guests. If you're interested in checking out a show or two, here are my completely subjective reviews of five of the most popular, from best to worst. Enjoy! 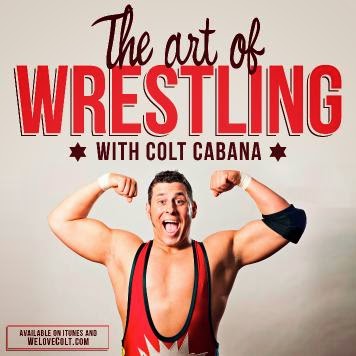 The Art of Wrestling with Colt Cabana

The first wrestling podcast I started to follow and still hands-down the best one. The only podcast - wrestling or otherwise - I listen to religiously, every episode, every week. Even if you're not a wrestling fan, I would still recommend checking out this podcast because Colt shares not just wrestling stories but life stories - who these people are and why they are who they are. He doesn't talk about current wrestling storylines or rumours or backstage politics. He just wants you to meet these crazy and wonderful folks from the carnival land of wrestling.

He brings in all kinds of guests, from huge names like Bruno Sammartino, Steve Austin and Ted Dibiase, to obscure legends like Johnny Saint and Cassandro Exotico, to up and coming indy wrestlers you may have never heard of. But every conversation is enjoyable and entertaining. We learn new things about these guys (and girls) and get to have insight into their life and what makes them who they are. Some of the episodes come across as interviews while others are very much windows into the minds and lives of the fascinating people who live in the world of pro wrestling.

Truth be told, Colt is not a great "interviewer." He stumbles a lot and is not an eloquent talker, but he more than makes up for it with his charm, sense of humour and earnestness. He gets people to open up and have good conversations because he's not pushing them or worse, trying to get himself over. He's just having a chat and makes them feel at ease. And they're ALWAYS live and in person - never any of this phone interview or Skype crap.

He's had some great guests with some incredible stories. The story of MVP and how he was arrested for robbery and kidnapping at the age of 16. Cliff Compton's classic trip to Nigeria and barely making it home alive. Tracey Smothers wrestling a bear. Week in and week out there's always something interesting, and he always leaves you wanting more. Every episode is just over an hour, and though I'm often disappointed I didn't get to hear more, it's much better that way than having a 2.5 hour rambling conversation that bores me and wastes my time. Colt makes good use of his time and never overstays his welcome.

My one small gripe is that the AoW podcast files are three or four times larger than every other podcast I download. What the hell kind of bitrate are you recording at? It may not seem like a big deal, but I listen to my podcasts on an old iPod Nano with only 4G of memory. I need to conserve all the space I can. 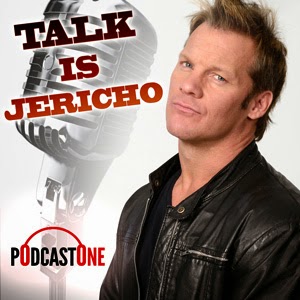 Talk is Jericho with Chris Jericho

I'm actually surprised how much I enjoy Jericho's show. He kinda annoyed me at first with the over-the-top, cheesy disc jockey persona on his intros, but at least he tries to shakes things up, and his goofiness is adorable in its own way.

Though he does often resort to phone interviews, he still gets a lot of live interviews as well, which is always preferrable. And Jericho's show is always very much that - an interview. He goes in with a plan and asks specfic questions. While this forces the conversation into a particular direction, Jericho keeps the action moving and makes sure he gets informative responses. It never rambles or feels like it's pointless.

Not all of his guests are wrestlers, but that's okay. His other guests are usually entertaining as well. I especially liked the epsiode with Rob Zombie and the ghost hunter one. Since Jericho is also a musician he also tends to have many other musicians on his show, which should also appear to fans of hard rock and heavy metal. If there's a guest I really don't care for I'll skip it, but I do catch most of his shows. Having his father and his son on as occasional guests is actually kind of cute, and his dad Ted Irvine was also a very good interview. 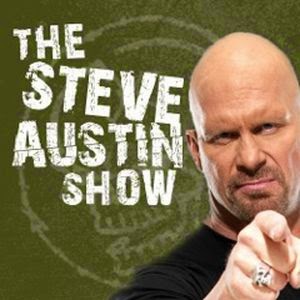 Austin is really hit and miss. His good episodes are great and his bad episodes suck ass. When he gets the right guy in a room live and lets him have a chance to speak, Austin has done some great shows. His stuff around Wrestlemania with John Cena, Paul Heyman, Big Show were wonderful, especially since they're guests I haven't heard on any other shows.

Austin is not a good interviewer. He's often more interested in telling his own stories or putting words in his guest's mouth than actually letting them speak. In his recent conversation with James Storm, a two-part episode that lasted some three hours, I think Storm probably spoke a combined total of less than 30 minutes. The rest of it was Austin's bullshit intros and him telling the same damn stories we've heard a dozen times before.

He does not have enough material to do two shows every week. Half of his shows are just him reading emails and answering questions, with the same answers and stories he's given dozens of times before. Many of his interviews are two parters but are way too long. They would be much better if they were shorter and to the point (with more guest and less Austin).

He has two streams, the "family friendly" version and the "adult" version with more cuss words. Honestly there's not that much of a difference. Certainly not enough to warrant confusing new listeners who subcribe to one stream and then can't figure out why they only get half the shows. Especially since he often cuts the interviews in half and puts one half on the family friend show and the other half on the adult show. How does that make sense? If there really are people who only listen to the "PG" show (which I seriously doubt anyway), why do they only get to listen to half an interview?

Did I mention he keeps telling the same damn stories over and over again? Austin only wrestled professionally for 14 years (and if you add up his extended abesences due to numerous injuries and um, walking out on his job, it's actually closer to 11). Sure he was on top of the world for the last few years of that, but that's still not a long time in professional wrestling. He's been an "actor" longer than he was a wrestler. He doesn't have a lot of stories. Which makes it especially frustrating when he interviews young guys who already have significantly more experience in the ring than him and then talks all over them without letting them get a word out.

So yeah, I'm ragging on Austin alot, but only because he could be, and should be, much better. His best shows are phenomenal. I just wish his bad shows weren't so spectacularly awful. 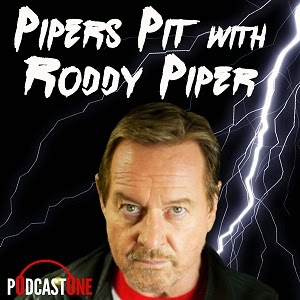 The Hot Rod is a legend in the squared circle, a mercurial and thunderous personality that could not be topped.

Sadly, even our heroes get old and turn into grumpy old men.

Listening to Roddy is like listening to either of my grandfathers (may they both rest in peace) ramble incoherently about the good old days, barely making any sense and muttering under his breath. Piper's saving grace is that he's still charming and energetic, and you can actually hear the mischievous twinkle in his eye, even if you don't understand what he's talking about.

His guests really make or break the show. If he has the right people with him ("The Grappler" Len Denton is fantastic), then the show can be entertaining. If he has the wrong people, eeeh, not so much. The recent show with "Superstar" Jimmy Snuka and Brutus "The Barber" Beefcake was terrible. Snuka is even less coherent than Piper, and Beefcake was just desperately trying to say something - anything - to get a laugh or a rise, clawing at feeble strands of relevancy. Then all three guy kinda fell into old-man self-pity, talking about their rough lives and all the friends they had lost and it was just depressing.

I'll download an episode of Piper's Pit every now and again, but there are better options out there. 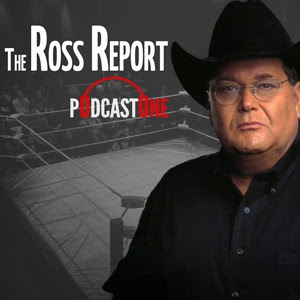 The Ross Report with Jim Ross

I've given up on Jim Ross. I'm going to unsubscribe from his feed and only download an episode if his guest is someone I really really want to hear. As it is now I delete 80% of the shows without listening to them anyway, so I don't think I should be bumping up his subscription rates.

As a wrestling announcer and commentator, Jim Ross was the best. He had brilliant insights and could weave a story from the action in the ring, enhancing it and making it come alive. He made every movement from every competitor seem important, and heightened the drama of the most intense matches.

As an interviewer and a podcast host, Jim Ross is the shits. He talks waaaay too much, worse than Austin on his worst days, rambling on with long questions and barely giving the guest a chance to answer in response. It's like he has his talking points all planned out in advance and it's more important to him that he get those in then actually letting his guest speak. It might be my imagination but I think he was even worse with his female guests, not only not letting them getting a word in edgewise, but in his conversation with Lita he was doing this weird innuendo that was just making me uncomfortable.

Add to that fact that his intros are always just him whining about the same things he doesn't like in wrestling today. He has valid points and a keen mind for the business, but he just says the same thing time and time again. And of course his interviews are always by phone, which is never as good as talking to someone in person.

So yeah, I'm sorry Jim. But your show just isn't doing it for me.
Posted by C.D. Gallant-King at 12:36 PM
Email ThisBlogThis!Share to TwitterShare to FacebookShare to Pinterest
Labels: Colt Cabana, Podcasts, Review, Wrestling