I Drew A Map 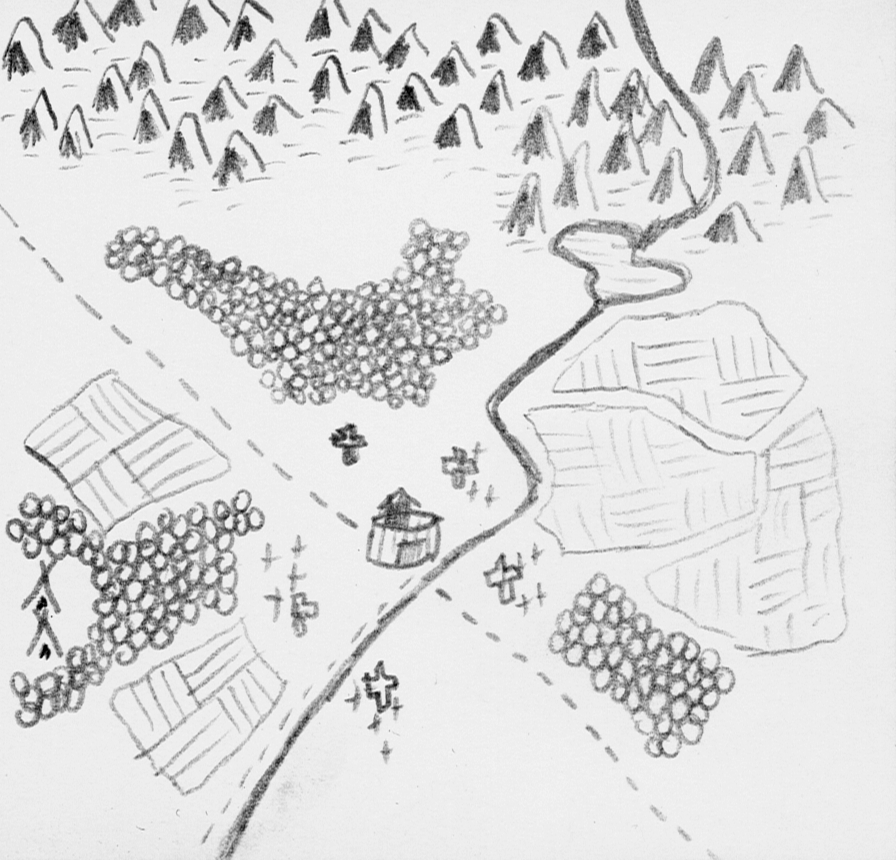 I didn't say it was a very good map.

I've been on a major role-playing game kick the past few months, the most I've been into it in years. You can follow my adventures over at Rule of the Dice. It's been a lot of fun and I've used it to connect with some old friends as well as make new ones. I've been so into it that for the first time in I have no idea how long (fifteen years, maybe?) I actually put pencil to paper and sketched out a little map of the area in which my game is currently taking place.

Maps in role-playing games, much like fantasy fiction, are very important and exceedingly helpful. It shows where everything important is in relation to everything else, and gives you an idea of how long it takes to get from point A to point B. It can spur interesting story ideas based on how certain places react to their neighbours and environment.

A well-made map is a work of art, and can be enjoyed just for it's own sake. How many of us poured over the maps in The Lord of the Rings and The Hobbit? My maps have never been pretty, better described perhaps as functional at best. I'm not sure if my newest creation is even that, but at the very least it lets me orient myself in the space of my game world. If I have the time, I will go back and make it neater and prettier, but time is a luxury as elusive as those winning lottery numbers.

My original point for this rambling was that because of all the time I've been "wasting" with silly games, I haven't had the chance to get my book(s) where I wanted them to be at this point. I'm not going to get into where my priorities should be, that would be a much longer discussion that I will probably write about some other day in lieu of actually working on the book, but the short version is that it seems the damned story has slipped back into The Closet for the time being. It's at the top of the pile, and closer to the door, but still tucked away for now...

One of these days I have to pick it up on the way back from the bathroom and put it back on my desk.
Posted by C.D. Gallant-King at 9:41 AM
Email ThisBlogThis!Share to TwitterShare to FacebookShare to Pinterest
Labels: Dungeons & Dragons, LotR, The Closet, The Hobbit