But seas between us braid hae roar'd (#IWSG January 2019)

First a quick recap of December: Hell Comes to Hogtown was not chosen as a finalist for SPFBO 2018. That's cool, I was happy it did as well as it did, and I still feel vindicated over my performance from the year before. In fact, no one from my group was chosen as a finalist, because a judge from another group had two books they wanted to forward, handed one of them off to my judges, and they chose that second book as their finalist instead of any that were originally in their own group.

It's nice that this contest is open and transparent, but it's also weird seeing the behind the scenes workings that you don't usually have to think about.

The unfortunate part of not continuing in the contest is that my sales have completely dried up. After being chosen as a semi-finalist, my sales were better than they had ever been, and I was raking in regular positive reviews, too. Now that's all gone, and I suspect my sales will go back to their regular pattern of 1-2 books every 3 months. Without any new books scheduled in the immediate future I don't see a big change coming, so yeah, there are certainly some insecurities there.

I also won a small writing contest in December! A Facebook group I'm in, the "Grimdark Readers and Writers" group, held a contest were members submitted a story and they were blindly judged by other members of the group. Mine stood out because of course being me, I can't take anything seriously. Despite the theme and genre being "grimdark" my story was a 3000-word-long elaborate dick joke (no, seriously). Still, people really seemed to enjoy it, but it was nerve-wracking watching each round of the one-on-one, single elimination voting and counting the votes to see which story everyone preferred.

Silly me: I thought because people liked the story they might go try out some of my other works, especially the Werebear vs Landopus stories which are exactly the same style as my winning story (and are free on Kindle Unlimited). Of course, my win resulted in exactly one (1) new sale, so my hopeful expectations may have been slightly misplaced. Plus, one of the perks of winning the contest was to be interviewed on the Grim Tidings Podcast, one of my favourite podcasts about writing and publishing. Then a week after I won, they announced the Grim Tidings Podcast would not be continuing in 2019. Sigh.

My wife's surgery was postponed again. Two days before the procedure was scheduled she ended up in the ER with a gallbladder attack. So now we're waiting to see the doctor to get that out before she can get the spinal cord stimulator trial. So yeah, December was a hectic, crazy month.

And Now the Good News: 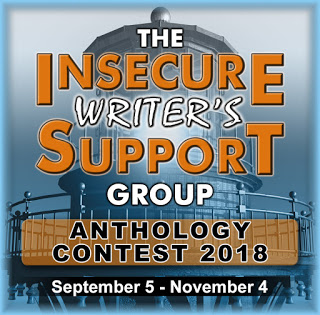 You may have seen the news already, but here it is again: For the second year in a row, I will be featured in the annual IWSG Anthology! Yes, it's true, me, the guy whose work has been kicked out of writing competitions and had scathing reviews for being too obscene and inappropriate, will have a story included in a...

Yeah, I don't know how it happened, either. Well, except that I wrote a story and submitted it and they chose it. But besides that, I have no idea, dude. 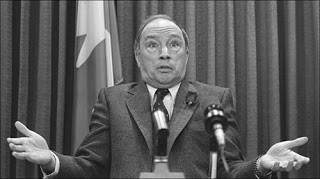 I know, Pierre, this is how I feel most days.

A Huge Thank You to the IWSG Admin team, the judges and the crazy folks at Dancing Lemur Press for picking one of my oddball stories again. You guys have weird tastes, I'll give you that. Further details about MASQUERADE: ODDLY SUITED are of course still to come, but for up-to-the-minute info, be sure to check out the IWSG website.

I mentioned this last week but being the middle of the holidays most of you probably didn't notice it: this year I will also once again be featured in the STRANGELY FUNNY VI anthology of comic supernatural stories published by Mystery and Horror! That's THREE years in a row for me with Strangely Funny, which I'm super proud of because I love their odd and quirky stories and my work fits perfectly in their collection. 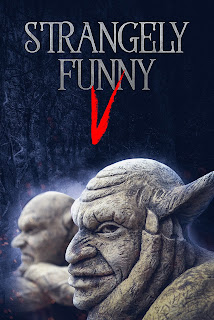 Both Strangely Funny VI and Masquerade: Oddly Suited are scheduled to be released in April 2019. Keep an eye out for both of them!

That's it for now. Thank you for sticking with me and reading through my up-and-down 2018. It had its rough spots, probably not as bad as 2017, but it was rocky none-the-less. Here's to 2019 continuing on this slight upswing and hopefully having a smoother road.

I hope you all had a wonderful holiday season and your 2019 pans out to be all you want it to be.

We twa hae run about the braes,
and pou'd the gowans fine;
But we've wander'd mony a weary fit,
sin' auld lang syne.