May the 4th Be With You (And Roll to Dodge)

NERD ALERT: This post is mostly about role-playing and table-top games, and features lots of stories of me playing with my friends when we were teenagers. Your interest in the topic may vary tremendously.

For those who don't care about RPG's, I throw in a few funny behind the scenes pictures from Star Wars. Those are always good for a laugh. 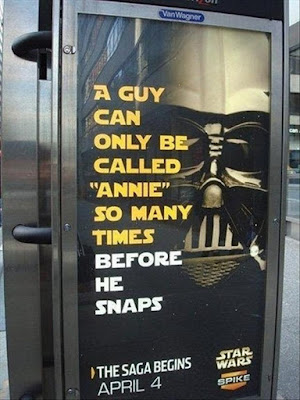 I wrote a long post last year on the 40th Anniversary of Star Wars so I won't bombard you with that again, nor will I get into a debate about whether The Last Jedi was good or not (I quite enjoyed it, and it's FAR from the worst Star Wars movie). I did want to at least recognize the passing of this most holy day on the Jedi calendar in some way, though.

Last year I mentioned that in my early teens my friends and I played a Star Wars role-playing game (think Dungeons & Dragons but with lasers and spaceships instead of swords and monsters) obsessively for about a year and a half. We were always playing something, but Star Wars was probably our favourite. We played at least 2 or 3 times a week after school, and any time I wasn't playing I was thinking of ideas for our next session. We played so hard I actually wore-out the hardcover rule book. I still have it, with a broken spine and a ripped cover and half the pages dog-eared and falling out. 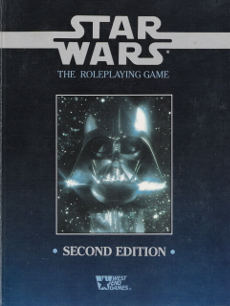 This guy. Except my copy looks like something that was pulled out of a 1000-year-old urn at from the bottom of the Dead Sea.

There was a number of guys that cycled in an out of our group, and some memorable characters cycled in-and-out. The core gang was myself as game master and four players, who I think I mentioned in my last post. They started out as a gang of rough, travelling hobos and stoners who grew up to be famous heroes that changed the fate of the galaxy. The original characters were actually based on characters from The Stoned Age, a coming-of-age movie set in the 70s.

Our de-facto leader was Wookie Nookie, a 7-foot tall human who looked like Jim Morrison crossed with Jerry Garcia. He was a "Quixotic" Jedi, an old stoner who claimed he had learned the ways of the Force from Yoda back in the day but had been in hiding since the rise of the Empire. No one really believed him, but of course it turned out he actually was a Jedi and eventually became Luke Skywalker's right-hand-man in a new Jedi Academy decades later. Yes, he had a terrible name but remember, these characters all started out as stoner jokes. 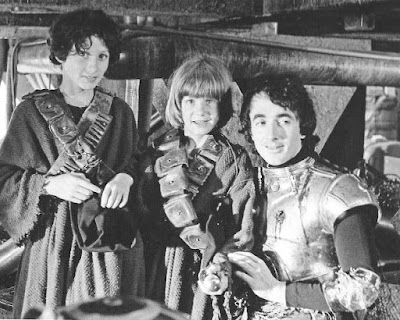 This picture creeps me out for some reason.

His side-kick was a Jedi Apprentice named Kan Saga, who had learned a bit about the Force before losing his original teacher and being forced to follow Wookie's teaching. He was the young naive guy who was corrupted by Wookie in both the ways of the Force and lifestyle, but eventually both became powerful and respected Jedi Knights. But Kan was always itching to defeat a Dark Jedi in single combat, which leads us too...

Chris Bahn was our cocky but straight-laced pilot, a Rebel fighter ace who had such a broad story I don't even remember all the details. After helping the Rebellion win the war against the Empire he got married, had kids, ran a successful galaxy-wide shipping business and even found time to start training as a Jedi, too. He was never as powerful as Kan or Nookie, though, which ultimately led to him accidentally turning to the Dark Side. I say "accidentally" because it happened on a random, really unlucky roll (remember, this was actually a game with rules and dice). It could have been fixed but Kan Saga saw his chance to fight a Dark Jedi and immediately said "You're evil. I have to kill you!" and he did. It was an epic and heart-breaking conclusion to our years-long story arc and we pretty much stopped playing after that. I think Kan was actually probably the evil one in that situation, and perhaps the story warranted a sequel where Chris' daughter came looking for revenge, but we such resolution was never meant to be. 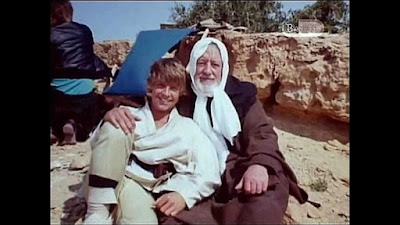 They flew around in Wookie's starship, The Blue Torpedo, which was a beat-up old shuttle that was only intended for one person, yet they regularly carried 4-8 people in it. It had a Blue Oyster Cult logo painted on the roof. They had a droid, a giant, obsolete repair droid they called Snot Rag that was completely useless and spoke in a Robbie-the-Robot voice. They gave it a blaster but it was so terrible with it there was a better chance of it shooting one of its allies than any stormtroopers. The players of course thought this was hilarious.

A few other players came and went through our adventures, including another Rebel pilot who kept a sex bot with him for those long, lonely, interstellar flights. Then there was an actual wookiee, who had an awesome and surprisingly mature story arc for a 15-year old where he disgraced himself in combat in order to save his friends and then had to go on a trial and a suicide quest on the wookiee homeworld to redeem himself. Of course he survived and everything was happy in the end, which was a hell of a lot better than Chris Bahn's fate. He recited the lyrics to Gowan's "A Criminal Mind" during the trial. 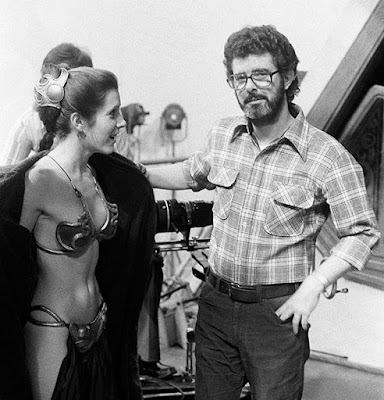 George Lucas is so pleased with himself.
She's not one of your special effect props, George!

We tried to go back and play Star Wars again last year, but it wasn't the same, even with a couple of the original players joining on Skype. Part of it is that the rules of the game felt clunky and weird (RPGs have evolved a lot in 25 years), but I could have adapted that, tweaking and fixing them over time. The bigger problem though was that we're not 14 anymore, and we don't have to play 10 or more hours a week, and live and dwell in our characters and stories all the time. We only played a handful of times, and the sessions were weeks or even months apart. And we were always distracted by other things. I really envy people who can still find time to have regular gaming sessions into their late 30s and beyond, because so far it hasn't worked for me.

Recently I started playing a very low-key "roleplaying game" with my 6 year old son. We use his LEGO Star Wars figures and roll dice to decide who wins fights. I even give him simple choices to let him decide how the story will go, or to make strategic choices about how his characters should handle problems. It's pretty primitive right now, but I hope as he gets a little older we can go even bigger. HE LOVES the idea of it, and has a fabulous imagination for making up characters and stories. He's been asking if his best friend from school can come over and play with us. One of his cousins is a little older and is way into fantasy and games, so I think we could recruit her as well. Maybe in the near future my gaming group will consist of me and a bunch of pre-teens. Is that weird? 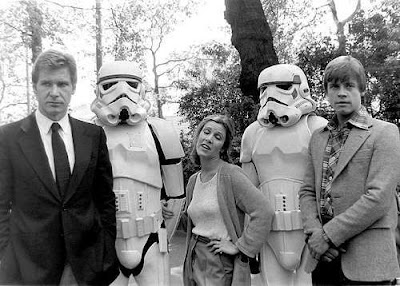 They do not look impressed with the chaperons for their high school dance.

That post turned out to be way longer than I expected, and I don't even remember what my original point was. Something about Star Wars, and how it influenced my gaming (and story-telling) preferences, and continues to colour my life until this game.

Man, I put a lot of stock into that friggin' movie. 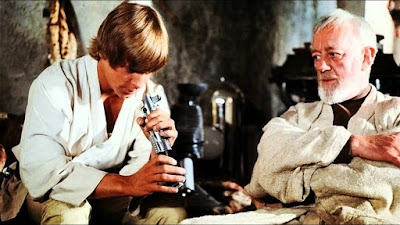 How would the story have been different if Luke accidentally hit the wrong button right here?
Posted by C.D. Gallant-King at 11:40 AM
Email ThisBlogThis!Share to TwitterShare to FacebookShare to Pinterest
Labels: Carrie Fisher, Mark Hamill, Movies, Roleplaying Games, Star Wars