Like A Screaming Hippo in a Bobsled (#IWSG May)

Every month I talk about (or at least hint about) all the shitty stuff going on in my life. Today I'm not going to do that. I'm going to be positive for once, and celebrate the release of TICK TOCK: A STITCH IN CRIME.

If you're reading this you're probably members of the IWSG, so I won't go into detail on the backstory of the anthology. Instead I'll just add that I'm proud of the story I contributed and have received great feedback on it so far. I'm also proud to be included with so many talented writers, and I want to say thank you to the judges, the folks at Dancing Lemur Press, and to Alex for making it all possible.

And here's something I don't usually do: share an excerpt from the story. If you like what you read, check it out and pick up your own copy. There are ten more great stories in the book even better than this one: 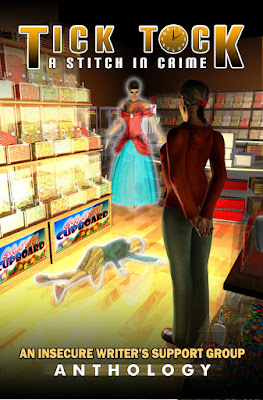 GUSSY SAINT AND THE CASE OF THE MISSING COED
by C.D. Gallant-King


As I awaited the inevitable impact, my mind wandered back to the day this investigation went downhill like a screaming hippo in a bobsled. The moment when I seriously started reconsidering my decision to be a private dick.

Rain fell in Mount Vernon. It always rained in Mount Vernon. The rest of the country was suffering through sub-arctic temperatures and enough snow to make an Inuit pack up his dogsled and move south for the winter, but if you looked out the window in Mount Vernon you'd swear Noah was going to buzz by on a jet ski any moment.

The rain was cold and chewed down deep into your bones like a junkie trying to bite through a baggie of heroin. I hated a rain like that. It always portended something terrible on the horizon, like spilling a baggie of heroin all over the toilet of a bus station restroom.

It was a place I’d found myself more than once that I hoped not to visit again.

I was a long way from that bus station restroom and the lifestyle that had driven me to the stoniest of rock bottoms. In many ways,  you can’t get away from that place—not completely—but I made improvements. I had steered clear of hard drugs and bus stations for nearly six years, though I replaced that addiction with liquor, gambling, and women.

I was sitting in my office, which was only slightly less filthy than the aforementioned restroom, with my shiny wing tips up on the desk and my chair tilted back to the point of toppling, lost in my thoughts around the biggest case of my life. I heard my new secretary's heels clicking across the tile in the outer office and it snapped me back to reality so fast I nearly ended up on the floor. That woman was probably the biggest score of my life, and I hadn't even slept with her yet.

I found her in a club downtown, drunk out of her mind and looking for a fight and a lay, and not necessarily in that order. Usually that's just the way I like my lady friends, but before I could move in another broad knocked over her drink and sparked off the most beautiful cat fight I'd ever seen. I’ll dream about those two gorgeous women rolling around on the floor, tearing at each other,  until the day I die.

It had taken all my pull and connections down at the precinct to get her off. By that I mean I had to get the police captain off—twice—which was a moderate challenge but not really much of a hardship. The girl was so happy not be going to jail or deported that she threw herself at my offer of a job. And of course, by that I mean I had to beg and plead with her to work for me and had to offer way more money than I can afford. It was worth it, though. It's  It was a little piece of heaven to have a nice pair of legs around the office, and the new bird had legs to die for.

She called herself George. I had no idea if that was her real name, and frankly I didn't give a damn. With legs like that she could call herself whatever she wanted...

TICK TOCK: A STITCH IN CRIME is available in paperback or eBook format at any of the fine retailers below. We're currently working on converting it to smoke signals, stay tuned. 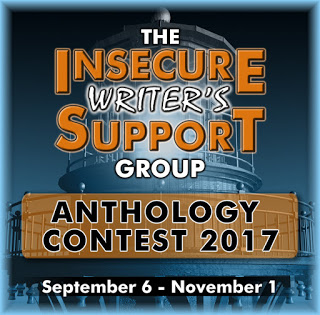 The first Wednesday of every month is officially Insecure Writer’s Support Group day. Writers post their thoughts on their blogs, talking about their doubts and the fears they have conquered. It's a chance for writers to commiserate and offer a word of encouragement to each other. Check out the group at http://www.insecurewriterssupportgroup.com/.
Posted by C.D. Gallant-King at 12:29 PM
Email ThisBlogThis!Share to TwitterShare to FacebookShare to Pinterest
Labels: Dancing Lemur Press, Excerpt, Gussy Saint, Insecure Writer's Support Group, IWSG, Sample, Short Stories, Stitch in Crime