All I Want for Christmas is Surgery (#IWSG December 2017) 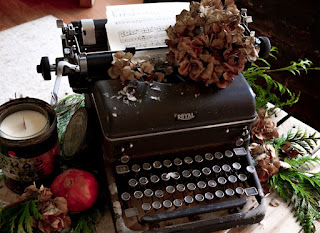 As I'm writing this, we are patiently waiting to hear from the hospital as to when my wife will be going in for spinal surgery.

It's scary, but we're looking at it as a good thing. My wife has been in severe pain and off work for four months. Surgery will (fingers crossed) fix the pain and give her a chance to get back to a semblance of a normal life. As I've hinted at repeatedly, life has been pretty hectic and crazy in our household these last few months, and my wife has been miserable.

Wish us luck. We asked Santa for a successful surgery for Christmas. 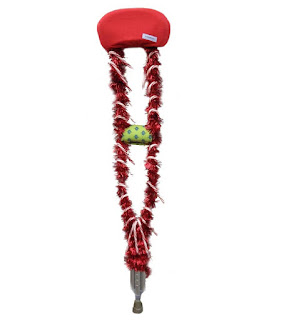 It's something about things I would have done differently this year if I could go back, but honestly, while this year majorly sucked, I did the best I could with what I had. I would much rather re-visit last year's question.

Last year for the December IWSG, we discussed where we saw ourselves in five years. I laid out a pretty detailed plan of what I wanted to accomplish in the next 60 months. With 12 of those months now behind us, I thought I would revisit the list to see where I'm at.
I finished a massive re-write of two old manuscripts this year, one of which was the revised edition of Ten Thousand Days. So while I haven't written a new book, I think I have made progress on this front. I also started three new books this year, but since I only made it to about 1/4 of the way through on all of them, I don't think they count. At least not yet. 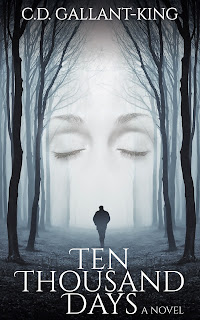 Fingers crossed, but I hope to have the other book I rewrote this year (see above) out to a publisher before December 31. They're having open manuscript submissions until the the end of the year, so I said, what the hell? I doubt anything will come of it but at least it will work on my rejection pile.
I released the revised edition of Ten Thousand Days and a new Werebear vs Landopus story, but I don't think either of these actually count. I will have to revise my goals, as I really intended this to be new, full-length novels. I'm also going to have to add a line for WvL stories, because I hope to keep doing them regularly, as well.
Success! I wrote and submitted exactly 2 new stories. I also had one I submitted last year accepted and published in the Strangely Funny anthology. Good times all around.

I received 15 new rejections this year, which is a good start. If you add the 20 or so I received years ago when I first tried to get published I'm over a third of the way there. With two more stories and a book out for submissions going into the new year I'm sure to make a dent in this target in the next twelve months.

The first Wednesday of every month is officially Insecure Writer’s Support Group day. Writers post their thoughts on their blogs, talking about their doubts and the fears they have conquered. It's a chance for writers to commiserate and offer a word of encouragement to each other. Check out the group at http://www.insecurewriterssupportgroup.com/.
Posted by C.D. Gallant-King at 12:30 AM
Email ThisBlogThis!Share to TwitterShare to FacebookShare to Pinterest
Labels: Christmas, Five-Year Plan, Insecure Writer's Support Group, IWSG