Books I Should Have Read This Summer

So two months ago I started writing this list of books I was hoping to read this summer. I'm a slow reader at the best of times, and the last few years I've just had so much trouble concentrating that it's very hard for me to get into a book no matter how much I enjoy it and want to read it. Usually publicly declaring I was going to read something at least marginally increases my chances of getting to it.

Needless to say I never posted the list, and I haven't read any of these books. I suck. Between vacations and various people being sick or out of town and a busier-than-usual summer at work, I just haven't gotten much reading done these past few months. Maybe I'll have to bump this to my fall reading list. 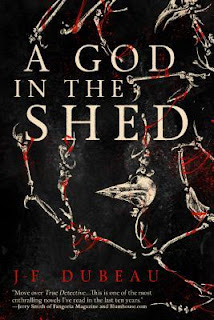 A God in the Shed
by J-F Dubeau

A couple of years ago I submitted my book Hell Comes to Hogtown for a contest at Inkshares. Obviously it didn't win, but this is the book that I thought should have won. It didn't either, which is why it took so long to come out. It's been quite a wait so I'm really looking forward to it. It's has the creepy, brutal feel of a Scandinavian murder mystery with a supernatural bent. The first couple of chapters are really dark, so we'll see how this goes. 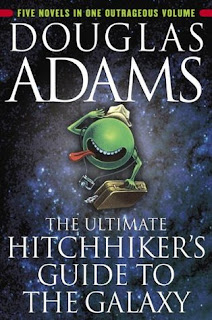 The Complete Hitchhiker's Guide to the Galaxy
Douglas Adams

At the complete other end of the spectrum... it's been ages since I read the original HHGG books, and I must embarrassingly admit that I've never read the later ones. I was beyond pleased when I found this for $5 at a thrift store. I very much look forward to returning to the universe of Arthur, Ford Prefect et al, but I must admit I can't read Marvin the Paranoid Android without hearing Alan Rickman's voice in my head. 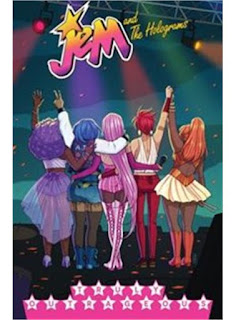 To be fair, this is NOT the cartoon you may (or may not) remember for the 80s, and it's certainly not that abomination of a film that came out a couple of years ago. The characters in the new Jem comics by the extraordinary Kelly Thompson are far more modern, fully-fleshed and real. They are body- and - LGBTQ-positive. They are not just barbie-doll-esque caricatures fighting over guys and trying to murder each other (wassup, Misfits) but actual human beings with goals and opinions and ups and downs you can relate to. I hope my daughter can read this book and find role-models to look up to. Hell, I hope my son can, too. 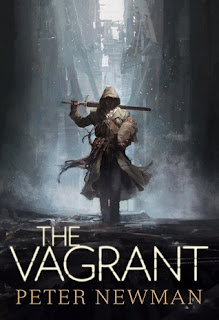 The Vagrant
by Peter Newman

The Vagrant was a big deal a couple of years ago when it came out, and it and its sequels continue to garnish rave reviews. Plus Peter Newman is a really cool guy. It's the story of a silent protagonist protecting a baby as they travel through a monstrous wasteland, so it sounds pretty badass. And a goat is very pivotal to the story for some reason, so I have to check this out. I picked up the Kindle version on a 99-cent sale so I have no excuse not to get around to it. 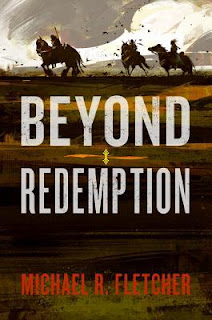 Beyond Redemption
by Michael R. Fletcher

Another book that was huge in my circles last year, it's the first of a trilogy that Fletcher's publisher stunningly did not pick up for future volumes, despite winning critical acclaim and even a couple of awards. It just didn't have that big sales drive out of the gate to convince the publishers that it was worth investing in future volumes. Much like movie studios, publishers as of late are more concerned with the "opening weekend box office" than anything else.

Mike has gone on to self-publish the second volume with the third forth-coming, and he continues to do well for himself and has published another series with a different publisher. He'll be fine, plus he's Canadian so he has that going for him. 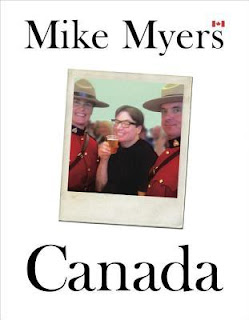 I had to throw some Canadian non-fiction in here somewhere. While I doubt this has the hard-hitting satirical bite of the Canadaland book I reviewed a few months ago, sometimes it's nice to read something funny and positive. Part memoir, part history of Canada, I'm also curious to read exactly what the hell Myers has been up to the last few years. He was on top of the world with stuff like Austin Powers and Shrek, and then he just kind of vanished. 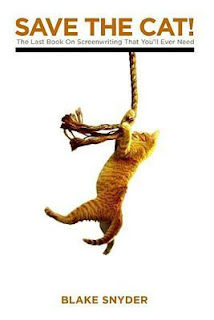 Save the Cat
by Blake Snyder

For those not familiar, this is a very famous and popular screenwriting book that brought to the mainstream a writing formula used by virtually every Hollywood film in existence. It breaks down, in mathematical detail, exactly where every beat in a script should go: when the hero should be introduced, when the theme is revealed, when the hero should suffer his greatest setback in Act II, etc. While it's intended for writing movies it translates very well to novels as well. I will shamelessly admit I've used the formula myself from time to time, even though I've never read the book it came from. I aim to correct this oversight. 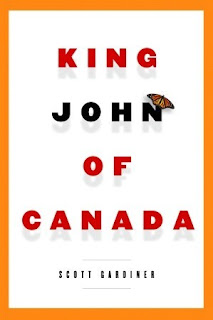 I found this book on my office's "leave a book, take a book" shelf, which is usually full of crap (Windows 95 for Dummies, or a French copy of 50 Shades, anyone?), but this looks fascinating. For those not familiar, it's the story of Canadian and British government collapsing in a series of weird accidents, and then a random guy in Toronto is named King of Canada. Only it turns out he's really good at being king, and fixes all of the countries problems with common sense solutions. It's obviously satire, but it came out during the height of the country's Conservative led-years, so I'm very curious to see where it goes.

(Side note: Funny how bad we thought it was during during the Conservative Harper years in Canada, and now we're looking down South and I bet you guys wish you had Stephen Harper running your country...)

###
Posted by C.D. Gallant-King at 12:30 AM
Email ThisBlogThis!Share to TwitterShare to FacebookShare to Pinterest
Labels: Canada, Comic Books, Inkshares, Jem and the Holograms, Lists, Reading, Writing