Today in my ongoing series of author interviews I'm chatting with JB Reynolds. Reynolds has several excellent stories available (check out Amazon or his website). I've read a couple of them and was quite pleased, he has an easy but poetic style that really sucks you in. He's especially good at making unpalatable things seem sympathetic or even enjoyable. I highly recommend his "Art of Cigarette Smoking." If he can make cigarettes seem inviting, you know he has a gift! 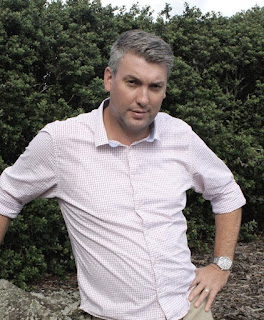 J.B. Reynolds lives in rural Northland, New Zealand, where he raises children and chickens. He writes humorous short fiction, where tragedy meets comedy and character reigns supreme. His first short story was published while he was a university student, and in between that and a return to serious writing in 2016, he has worked as a graphic designer, landscaper, ski and snowboard technician, librarian, apple picker, and baker of muffins and teacakes.

Nowadays, when not writing, he’s a husband, father, and high school teacher (not necessarily in that order). He enjoys sailing, cycling, and playing music, really loud, when his wife and kids aren’t at home. He has a big garden, where he likes to get his fingernails dirty, and he loves to eat the things that grow in it.

He is currently working on his Crossing The Divide short story series. The stories in the series feature different characters and switch between locations in New Zealand and Australia, but they are all, in a way, coming of age stories and are linked through the theme of relationships.

From what I've read of your work, I can't easily place it in any single genre like "mystery" or "romance." What do you call your genre and what drew you to write in it?
I’ve struggled a little to even define the genre for the short stories I’m writing at the moment. I guess it’s humorous contemporary fiction. In some ways, they are coming-of-age stories, but with characters in their late teens and early twenties rather than adolescents. I’m writing in this genre because these were the ideas I had in my head that were the most developed. They’re also stories that have arisen out of my own life experience. Once I’ve finished this series, I have some ideas for short stories that are more fantastical, and I have an idea for a fantasy novel that I’ll get to after that. My reading preferences tend towards sci-fi and fantasy, and that’s where I want to head with my writing. 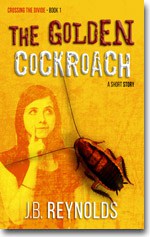 We all love some good fantasy and sci-fi. Which writers inspire you?
I love the short stories of Kurt Vonnegut and Will Self. Vonnegut is the short story master and has some great tips on writing short stories that I always try to keep in mind when I’m writing them. Will Self is both disturbing and hilarious, and a much better short story writer than novelist, in my opinion. His Grey Area and The Quantum Theory of Insanity short story collections are brilliant. My favourite novelists are Iain M. Banks, because of the grand scope of his imagination; Terry Pratchett, because he manages to be both profoundly silly and profoundly serious at the same time; and Paul Auster, because his storytelling seems so graceful and elegant and effortless. I’m sure it isn’t; he probably sweats blood like most other writers, but that’s how it reads on the page. But I think the writer who most inspired me to write was Hunter S. Thompson. His passion for what he does just blazes out of the page. There was a point in my life when I wanted to be Hunter S. Thompson, but I didn’t have the balls.

Few of us have the balls to trip balls like he did.

Change of topic, but this one is always a hot button with independent authors: Do you think that the cover plays an important part in the buying process?
Absolutely! And the great thing about ebooks is that you can change them. I trained as a graphic designer so I’ve done my own, but you can always improve things.  I’ve changed mine three times, so far. To be honest, I’m not the world’s greatest graphic designer and the first two iterations were a bit shit. It’s only after round three that I’ve got something I’m happy with. I’d like to employ an artist to do some drawings for me for future covers as my drawing skills aren’t up to the required standard, especially for sci-fi and fantasy, which is where I want to go with my writing. 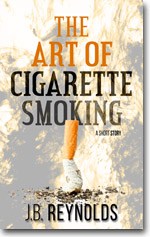 For what it's worth I quite like your covers. Do you write full-time or part-time?
Part-time. Full time is the long-term goal, but currently I get an hour or so every morning to write during the week, a little more in the weekends. Since I started this routine in January of 2016, it’s been life-changing, and I’m much happier for it. It’s slow going, but every little bit helps. This year, I’ve gone down to four days a week at work, and I’m going to spend that one day a week I have without children to look after doing some writing, but also trying to get the bulk of my marketing and admin tasks done.

I feel your pain about juggling kids and work, but building a routine helps tremendously. What are your ambitions for your writing career?
The long term goal is exactly that; to make a career out of it. I want to be successful enough to do it full-time and pay the bills with the money I earn from it. The short and medium term goals are to write more books and grow my audience. 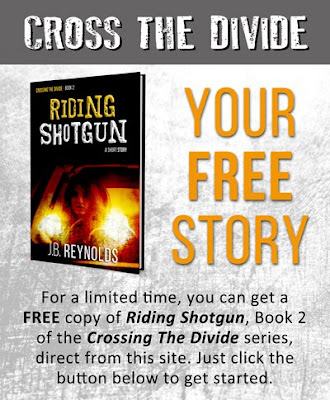