Today I continue my monthly interview series with another up-and-coming author, M.D. Neu. His book, The Calling, was recently picked up by Ninestar Press, plus he sounds like a fascinating guy I would like to hang out with. Should be a fun one, so let's get down to business!

How much research do you do?
A ton.  (laughs) I have pages and pages of research for all my stories.  I want my novels to feel real to feel like this could be going on right now.  So, I spent, and still spend hours and hours doing research. For ‘A New World – Contact’ and ‘A New World – Conspiracy’ I talked to people in the military and I did a lot of digging in at NASA. I tried to make it all as accurate as possible.  Is it perfect?  Nope.  Did I take liberty? Yep. Was it fun?  Oh, heck yea.

For ‘The Calling’ I dug around a lot into the history of Ancient Rome, the Crusades, the Witch Trails, and a lot into mythology.  Again I have pages and pages of notes.  The trick I found with the ‘The Calling’ is that I had a lot more wiggle room.  I could modify and make up things for my story to work.

I remember while I was having ‘The Calling’ critiqued, someone hammered me, in a good way, on one of my character’s names. It’s a French name and it’s not spelled correctly.  This was intentional.  When she was in that part of the world was still controlled by Rome and she was a Gaul, so the name wouldn’t be correct now, but it was the name given to her by her creator.  When I explained that, the critiquer agreed and said, “oh that makes sense.  I didn’t think about that.” Now was I right?  Was he right?  Doesn’t matter. Because in the world I created for them, it was correct in the context of the story.

So, I do a lot of research, just so I have a good base for my stories.

Do you let the book stew – leave it for a month and then come back to it to edit?
I totally let my books sit and stew.  I have to otherwise I get so wrapped into what is happening that I miss things.  Even after letting it sit, I still miss things in the editing process.  That is why I love the Writer’s Group I belong to. They catch some of the stupid silly stuff I miss (as well as bigger things), which helps with the editing process.  I don’t think my manuscripts would be in the shape they are now without these wonderful writers.

Have you written works in collaboration with other writers, and if so: why did you decide to collaborate and did it affect your sales?
I’ve only written two things with a co-writer.  First, I wrote in collaboration with another writer was a play ‘The Faux Play – Stereotypes’.  It was for a class and there were no sales involved. Sadly, the friend I co-wrote the play with has since passed away. Second, I co-wrote a Home Remodeling Workbook.  We did it for a contactor and an interior designer who gave them to their clients to help them work through what they wanted to do and what it was going to take.  So, there weren’t really any sales to worry about.

Any amusing stories about marketing books that happened to you?
At this time all my marketing efforts have been geared to building up my reputation and creating my brand.  However, I do have a funny happenstance.  If you type in MDNeu into a search engine don’t be surprised if you find a lot of medical information and specialist. That isn’t so much the case anymore, but it happened a lot at first and it was something that I found very funny.

Are you worried about making marketing/Social Media mistake that can cost you and wreck your reputation as a writer?
Like everything, nothing is 100% risk free and there is potential to make mistakes in everything we do.  We see it over and over again in Social Media, something someone says, either in or out of context, causes an uproar, and people are rioting in the streets. Literally. These things happen.

What I’m worried about–is my big mouth.  I have strong opinions about a great number of subjects so keeping those opinions to myself or finding a very diplomatic way to express them is key.  Does this always work?  Nope.  Am I worried about total and complete embarrassment? Yep. Have I pissed off people by accident? Oh God yes and sadly I’ve lost a few friends because of it.

The best way, I think, to stop the flow of hate and to salvage your reputation is to cut it all off at the start.  Don’t hide from it.  Own up to it, if you were way out of line or wrong then move on.  Apologize if need be, but don’t be fake.  Agree to disagree. Be professional and honest.  If it is something that you believe in 100% don’t back down, stay true to yourself and what you said.  However, remember what you said, because in our online world these comments and remarks don’t go away. Ever.  So, if you are a hypocrite expect to be called out on it.

If all else fails, keep your strong personal opinions to yourself and stick to the facts. That’s what I do, or at least try to do. 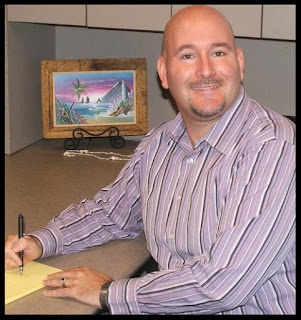 MD Neu is a Fiction Writer with a love for writing and travel.  Living in the heart of Silicon Valley (San Jose, California) and growing up around technology, he’s always been fascinated with what could be.  Specifically drawn to Science Fiction and Paranormal television and novels.  MD Neu was inspired by the great Gene Roddenberry, George Lucas, Stephen King, and Kim Stanley Robinson an odd combination, but one that has influenced his writing.

Growing up in an accepting family as a gay man he always wondered why there were never stories reflecting who he was. Constantly surrounded by characters that only reflected heterosexual society MD Neu decided he wanted to change that. So, he took to writing. Wanting to tell good stories that reflected our diverse world.

When MD Neu isn’t writing he works for a non-profit and travels with his husband of eighteen years.

You can find him on Facebook here: https://www.facebook.com/mdneuauthor/ on Twitter here: @Writer_MDNeu His scribbles and more about his writing can be found here: www.mdneu.com His blog can be found here: www.mdneu.com/blog/
Posted by C.D. Gallant-King at 12:30 AM
Email ThisBlogThis!Share to TwitterShare to FacebookShare to Pinterest
Labels: Interview, MD Neu, Writing