The Viper and the Urchin by Celine Jeanjean 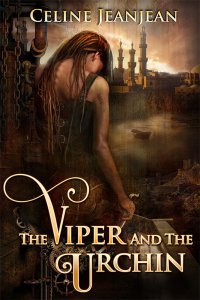 I think I've mentioned this before, but I hate writing reviews. I'm terrible at it. There is an art to writing a good review, a certain ability to critically analyze a work and formulate clear, concise opinions. It's a skill that I simply do not possess in my repertoire. Maybe I'll spend some points on it the next time I level up.

However, I do like to tell people about stuff I like, so I wanted to take this opportunity to tell you about a great new book called "The Viper and the Urchin" I just read that I think you should check out, too.

A month ago Ms Jeanjean asked me read her new book (which just dropped this week, you can buy it here) and review it if I felt comfortable doing so. I was hesitant simply because I knew I had several trips this month and was going to be busy, but I gave it a shot. I was really glad I did.

Being Damsport's most elegant assassin is hard work. There's tailoring to consider, devilish poisons to concoct, secret identities to maintain... But most importantly, Longinus has to keep his fear of blood hidden or his reputation will be ruined. So, when a scrawny urchin girl threatens to expose his phobia unless he teaches her swordsmanship, he has no choice but to comply.

It doesn't take long for Rory to realise that her new trainer has more eccentricities than she has fleas. But she'll put up with anything, no matter how frustrating, to become a swordswoman like her childhood hero.

What she's not prepared for is a copycat assassin who seeks to replace Longinus, and who hires Rory's old partner in crime to do away with her, as well. Rory and Longinus must set their differences aside and try to work together if they're to stop the copycat. But darker forces than they realise are at play, and with time running out, the unlikely duo find themselves the last line of defence against a powerful enemy who seeks to bring Damsport to its knees.

Sounds pretty cool, right? On Amazon the book is categorized as Young Adult/Fantasy/Steampunk, which is technically true, but if I had only heard of this book based on it's category I may not have picked it up. I wouldn't have thought it was my cup of tea. But the categorization only tells part of the story: At its heart The Viper and the Urchin is a fast-paced and enjoyable character-driven mystery/thriller, and that's a wonderful thing.

Too many genre books focus too much on background and world building and not enough on the plot and characters, but The Viper and the Urchin avoids this trap with an entertaining duo of characters that you care about and would be interesting in any setting. The background is just that - a back drop to the action, which is a quickly-moving thriller with stakes important to the characters. There is just enough back story to set the scene instead of providing an encyclopedic history of the world. The writing overall is clean and polished. It's detailed and evocative without being overly or unnecessarily flowery, which lends well to its fast-paced readability. 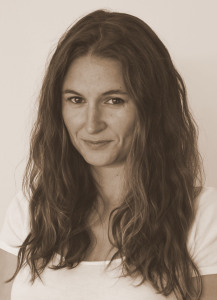 The two protagonists, the surly, rough-around-the-edges "Urchin" and the foppish, well-to-do "Viper" (an assassin who's more concerned that his shoes match his belt than actual assassination) are a weird mix of unusual characters. They're so much fun to read and play off each other amazingly well. They may be a bit one-dimensional but that's a small trade-off for the constant antagonistic, witty banter between them. The dialogue is tight and well-written.

To the point: this is a fun, quick read that's genuinely enjoyable and entertaining. It's well worth picking up and I'm looking forward to future releases from Ms Jeanjean.

Go check out The Viper and the Urchin! And make sure to drop by Celine's website while you're at it!
Posted by C.D. Gallant-King at 5:30 AM
Email ThisBlogThis!Share to TwitterShare to FacebookShare to Pinterest
Labels: Amazon, Celine Jeanjean, eBook, Review, Steampunk, Viper and the Urchin, Young People