"It blends comedy and blackness in a way that hits all the right notes for me. I would go as far as to say it may appeal to Pratchett or Vonnegut fans."

In case you couldn't guess, that quote from a glowing review of HELL COMES TO HOGTOWN made my year. I don't think it's warranted, but even a tangential comparison to Terry Pratchett or Kurt Vonnegut (!!!) is about the highest praise I can imagine. 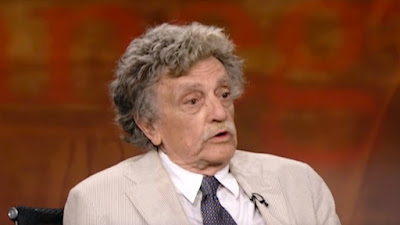 Kurt looks almost as shocked as I was.

August was a great month for me, writing-wise.

For those who missed it a few weeks ago, my book HELL COMES TO HOGTOWN was selected by Fantasy Book Critic as a semi-finalist for Mark Lawrence's 2018 Self-Published Fantasy Blog-Off. Basically that means it has made it to the top 50 or so of the 300 books entered. That quote at the top came from their official review of the book.. It still has a long way to go to make it to the top 10 (literally, it will probably be 6 months before the finalists are decided), but I am beyond thrilled it even made it this far.

As a side-effect to the success in SPFBO, the first week of August was the best sales week I've had in years. I sold more copies of Hogtown in August than I had in the two years since it was released, not to mention a few other sales and several hundred free downloads of TENTACLES UNDER A FULL MOON. Not only that, but people were buying it all over the world - I usually get sales in Canada and the US, maybe an occasional one in the UK, but thanks to SPFBO I've had sales/downloads in Germany, Mexico, Australia, Sweden and India. Needless to say that was a great accomplishment, at least for me. 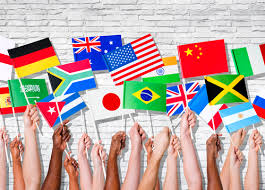 In additional to Fantasy Book Critic, I also received 10 new reviews/ratings on Goodreads, which is more than I usually get in a year. Most of them were quite positive; even the worse one is pretty good:

"Fun, urban fantasy that'll keep you turning pages. Its not fantastic literature, but it's entertaining and you won't be disappointed with it."

On top of all that, I wrote and submitted another story (with an hour to spare before the deadline!) and have another one ready to go for a submission later this month. I've also started a new writing game with my friends online - I'll probably write a more detailed post about that later. It's probably not something that will generate content I can share publicly, but it does force me to write regularly (and quickly - I wrote over 3000 words last week), and it tends to spawn a lot of ideas that I can use elsewhere down the line.

If I had one thing to be insecure about this month, it's that there is no way in hell I'll be able to keep this positive energy and momentum going... :-/

One moment you're flying like a bird, the next you're landing on your face.


September 5 IWSG Question
What publishing path are you considering/did you take, and why?

I've talked about this a lot before so I won't go in huge detail, but the short version is that I started self-publishing because I was impatient. I wanted to see my books on Amazon and in print RIGHT NOW.

In hindsight that's probably not the best reason to self-publish, but in the last couple of years I've grown to appreciate it on a number of levels, the main one being is that the stuff I write is not usually palpable to traditional publishers. (Seriously, have you read Tentacles Under a Full Moon?) With self-publishing I can write what I want, when I want. I don't have anything against traditional publishing, and I still submit to them regularly, but I suspect the majority of my work is going to continuing being self-published for the foreseeable future.

The first Wednesday of every month is officially Insecure Writer’s Support Group day. Writers post their thoughts on their blogs, talking about their doubts and the fears they have conquered. It's a chance for writers to commiserate and offer a word of encouragement to each other. Check out the group at http://www.insecurewriterssupportgroup.com/.
Posted by C.D. Gallant-King at 10:35 AM
Email ThisBlogThis!Share to TwitterShare to FacebookShare to Pinterest
Labels: Fantasy Book Critic, Hell Comes to Hogtown, Insecure Writer's Support Group, IWSG, Kurt Vonnegut, Mark Lawrence, SPFBO, Tentacles Under a Full Moon, Terry Pratchett