Today I continue my monthly interview series with another up-and-coming author, Jocelynn Babcock. Jocelynn is the author of the newly released MANTIC Volume 1: The Eyes of March. Let's get down to business! 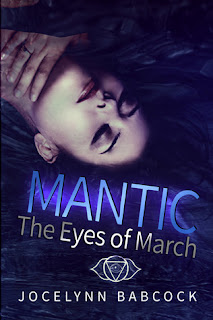 A psychic with amnesia?

Two women murdered, both with identical tattoos. A third tattooed woman survives an attempted drowning. Valena is the only link to stop the serial killer pursuing her, but she is afraid of her dark truth and surrenders to amnesia.

Haunted by visions, she meets the Wyrd Sisters and enters a life of psychics, tarot readings, prophecies, and possible death.

When those from her past find her, how can she accept police help and hide from the killer if she refuses to remember?


But it now at AMAZON


Your first book, The Eyes of March, is listed as a paranormal thriller on Amazon. What drew you to write in this genre?
I never meant to write dark murder mysteries. I wanted something light and funny. When I sat down, I had to plot this character carefully. I had to know why she had amnesia. That changed the tone and the theme for the book. It turns out, I have a darkness that needs an outlet and I now write in a genre I’ve never read much in.


So it seems like your characters had a story to tell. When you develop characters do you already know who they are before you begin writing or do you let them develop as you go?
I develop my characters. They do talk to me. Kim, for example, told me her wife died of breast cancer. That was not planned. For the most part, their archetype, employment, and physical appearance is already pre-determined.

The Eyes of March was fittingly just released in March. Did you do a press release, Goodreads book launch or anything else to promote your work and did it work?
I did a Goodreads giveaway. The purpose of those is to generate awareness and have your book on some people’s to be read list. I participate in author take overs and meet new readers. I think it is always beneficial to build your platform.

Speaking of platform: what’s your views on social media for marketing, and which of them have worked best for you?
I tracked my advertising and found that Twitter is like screaming into vast nothingness. It produced squat. Facebook generated the most clicks. Social media is a great resource for reaching readers.

Interesting. What about for you, personally: Is there anything you find particularly challenging in your writing as far as content?
Sex is difficult for me to write. I can’t shut off that voice in my brain that says “My mother’s going to read this,” or “I don’t want my family thinking I’m into this.” 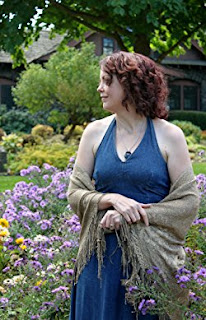 Jocelynn Babcock hates talking about herself in third person, but loves reading and writing third person narratives. A typical writer, she’ll tell you she created books with her grandma’s yarn as a child and grew up to marry an engineer (as all writers do). She lives in the Channeled Scablands where the fine line between sanity and not is an outlet for idle hands.