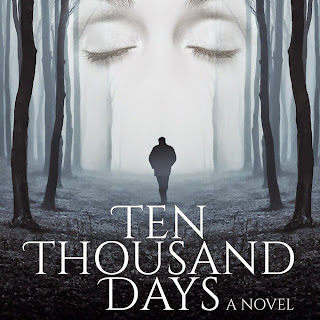 On May 6th, 2015 at about 10:30 PM EDT, I pushed the "Publish" button on Amazon (and Kobo!) and became, officially, a self-published author. It was a momentous occasion, one I've been anticipating for years, and had been actively anxious about for months. After a lifetime of scribbling stories in private, I was finally putting something out there for the world to see. It was a big step.

And then I got the message: "Thank you, please wait 24-48 hours until your book becomes available in our store."

Oh well. I went to bed and when I got up the next morning it was already available, so the time estimate was obviously a worst-case scenario. Moments later I made my first official sale (and it wasn't even to myself or a family member!). I had truly arrived.

I sold three copies that first day, which reached my unofficial sales target. Everything else from now on is gravy.

The release was very much a soft-launch. I didn't have any major promotions planned and I've just been kinda easing into getting the word out to friends, family members and various online communities I'm a part of. But a few interesting things have happened.

First, I got an unsolicited request to do a podcast interview about my book from a friend of an aquaintance. I'm doing that on Wednesday and I'll let you know all the deatils as soon as I have them. Assuming I don't sound like an awkward weirdo in the conversation, in which case there's no way I'm telling anyone about it.

Second, I set up a Facebook page which actually got my in touch with some acquaintances and people I haven't spoken to in years, and they actually purchased copies, which was a pleasant surprise.

Third, I have author pages on Amazon and Goodreads, now! It almost looks like I know what I'm doing!

The biggest news of the weekend was that on Saturday night my book reached #20 in "Contemporary Fantasy" on Amazon.ca. I'm assuming it was some kind of mistake, but it's still pretty damn cool. (I also reached #43 in "Romance > Fantasy, Futuristic & Ghost" at one point. I have no idea why, but hey, I'll take it!)

I've also been working on some promo material and a list of blogs and websites to approach about doing some guest posts. (Big thanks to Serins Sphere for the help and suggestions on that front). It will continue to be a slow rollout instead of a full-on blitz, as I'm still easing into this. Just because I got into the pool doesn't mean I have to start doing laps.

But you know what? The biggest thing to come out of this wasn't a huge desire to make sure Ten Thousand Days does well (I mean, I hope it does well, and I'll do what I can to help it on it's way), but it has shown me that now that I can do it, I want to write more.

I've got a short story I'd like to put out that I think is a lot of fun and I want people to read. I might even make it free so that as many people as possible will check it out. I'm also just about finished the first draft of my work in progress, and while it's currently a jumbled mess I think it could be really good. Not to mention I still have lots of stuff in The Closet that I could take out and pass around...

Ten Thousand Days is good, and I think you should read it.

But I think the next one is going to be even better...