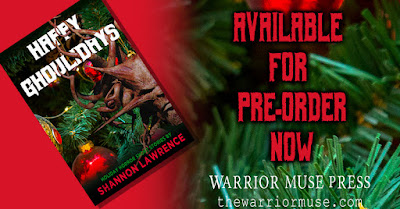 Friend of the Blog, Shannon Lawrence, has a new book coming out in just a few short days, and it looks like a doozy. It's a collection of spooky tales for the holidays, which is the best kind of holiday stories.

🎄My paternal grandmother always served salt fish and raisin bread for dinner on Christmas Eve. I don't really know why; fish and raisin bread doesn't exactly scream "Christmas." I suspect it started because they had a big family and it was inexpensive, but she kept doing it, and inviting all the family over, every Christmas Eve until she passed away. My parents have since taken over the tradition, so if you're on the West Coast of Newfoundland and have a hankering for salt fish and raisin toast on December 24th, I've got a hook-up for you.

🎄We try to do a Secret Santa Gift exchange every year with my in-laws (my wife's parents, sister & husband). I say "try" because we usually do some sort of theme, and my wife's parents seem to have trouble grasping this. One year we were doing funny "gag" gifts and my mother-in-law brought a generic Santa Claus decoration, which was neither funny nor any kind of joke. Then there was the time we were supposed to buy our own favourite book to share with someone else, and they bought new books they knew each other wanted to read.

The holidays can be a stressful time, as we all know, but I'm hoping to lighten up this winter season with a little holiday horror.

The first story begins the winter holidays with Thanksgiving, with stories representing Christmas, Hanukah, Hogmanay (the New Year), Yule, Groundhog Day, and, finally, Valentine's Day. From serious horror to tongue-in-cheek. Read them all at once or save them for their holidays. Or both!

Release day is November 20, which also happens to be my birthday! Just in time for Thanksgiving week. You can pre-order the Kindle version, with other versions, including paperback, available on release day. 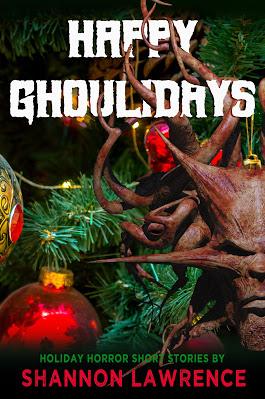 Family time can lead to murder and mayhem, especially during the holidays. A turkey with a tale to tell, elves under attack, sorority sisters putting on a killer party, a woman's desperation to save her family, and a stranger ringing in the New Year. These and other tales of woe await you beneath the mistletoe.

Be careful who you offer a kiss. It may be your last.

A fan of all things fantastical and frightening, Shannon Lawrence writes in her dungeon when her minions allow, often accompanied by her familiars. She writes primarily horror and fantasy. Her stories can be found in several anthologies and magazines, and her collections, Blue Sludge Blues & Other Abominations and Bruised Souls & Other Torments, are available in stores. You can also find her as a co-host of the podcast “Mysteries, Monsters, & Mayhem.” When she's not writing, she's hiking through the wilds of Colorado and photographing her magnificent surroundings. Though she often misses the Oregon coast, the majestic and rugged Rockies are a sight she could never part with. Besides, in Colorado there's always a place to hide a body or birth a monster. What more could she ask for?