What the Heck is Tibb's Eve? 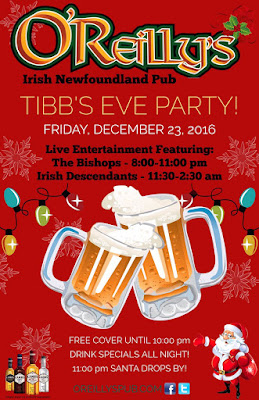 It's a tradition in Newfoundland to celebrate Tibb's Eve (some call it Tipp's Eve or Tipsy Eve) on the 23rd of December, to really officially kick off the Christmas Season. I've noticed that in other parts of Canada, at least in recent years, the Christmas Season seems to last the month (or two) leading up to December 25, and then Christmas is abruptly forgotten on the 26th. Back when I was growing up, the real holiday celebrations happened after Christmas Day, through New Years right up until "Old Christmas Day," or January 6th. For example, it wasn't uncommon when I was a kid to go to relatives' houses the weekend after New Year's for a "Christmas visit." If I showed up at someone's house in Ontario on January 5th asking for a drink and some cookies, I doubt they would even open the door. 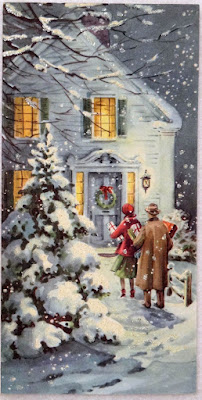 "It's your sister and her idiot husband coming for a Christmas Visit!"
"What? It's nearly Spring! Turn off the lights and hide in the closet!"

But what exactly is Tibb's Eve? Newfoundland was a traditionally Christian area, and the Advent Season leading up to Christmas Day was a sober, religious time, when it was inappropriate to drink alcohol. (A month of abstinence before Christmas is probably also the reason for the two week-long party afterwards). At some point in the mid-twentieth century, folks decided they just couldn't wait until the 25th and decided they would start drinking on the 23rd instead, and used the Feast of St. Tibb as an excuse to celebrate. 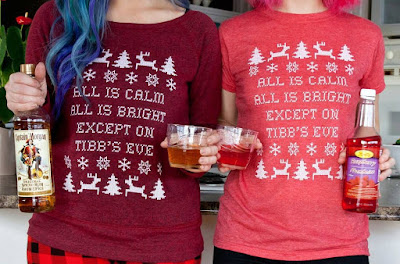 They've got their own shirts and everything.

Who is St. Tibb? I'll let you in a little secret: she doesn't exist. St. Tibb was just a joke made up to go over children's heads. The word tib or tibb is an archaic slang word for a "promiscuous woman." The name "Tib" was popularly used in 17th century English plays for the prostitute character. So calling drinking day "Tibb's Eve" was just an excuse to make children think there was actually a holiday to excuse daddy's drunken foolishness. 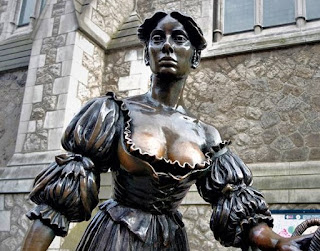 Seriously though, more people would still go to church if we had more saints like this.

Fun fact: Until recently, there were still a lot of archaic English language floating around in rural parts of Newfoundland. It was a side effect of the population growing up in isolated pocket communities, where they had little outside contact for generations. I remember growing up my grandmother always called ants "emmets," but no one knew why. It wasn't until I went to university that I discovered "emmet" is actually an Old English word for ant, dating back to Shakespeare's time.

Tibb's Eve is also an old English/Irish word meaning never - in other words a day that will never come, as in, "He'll pay you back on Tibb's Eve." This gives the holiday yet another mischievous sort of feeling, a way to get around the Church rules and traditions, since it's not a "real" day.  The "Tipp's Eve" variant in some parts of the island probably comes from another old word, "to tipple," which means to drink heavily, or "a tipple," which is another word for alehouse.  "Tipsy Eve" is probably obvious from there. 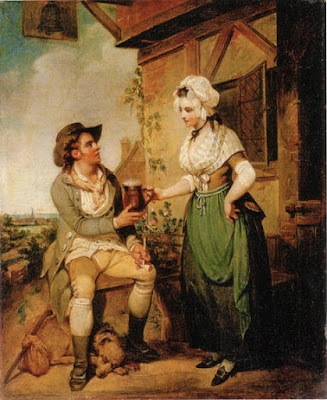 Do you have any Labatt's Blue?

So if you're feeling in touch with your Newfoundland or Old English roots today, or if you're just feeling frisky or need a drink to calm your nerves after hours of shopping, then raise a glass to Saint Tibb! And maybe put on a mask a do a little mummering while you're at it, eh b'y?