Well that didn't go according to plan... (#IWSG) 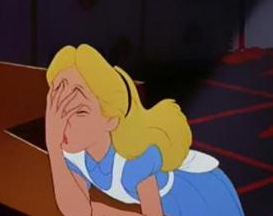 I just made a donation for $10 to Canadian Blood Services. This was my pledge for the Vampire Books for Blood campaign, in which I said I would donate $1 for every copy of Hell Comes to Hogtown sold in October.

I didn't actually sell ten copies. That was just the minimum donation the website would allow.

Truth be told, I didn't even sell five copies, which is what I had originally intended to donate. I was rounding up from three, which itself was a bit of an inflation as it included two books I sold at the end of September.

That leaves me with one. One book. That's what I sold in October.

And it was on-sale for 99 cents, which you may notice is less than what I pledged to donate.

So yeah, I don't know what I expected to get from Vampire Books for Blood. I certainly didn't expect huge sales or anything, but I thought with 50 authors in a similar genre cross-promoting on their blogs and Facebook and Twitter pages, SOMEONE might see my book and decide to give it a try. Hell, I bought a couple of books myself because they looked interesting. But it was not meant to be. 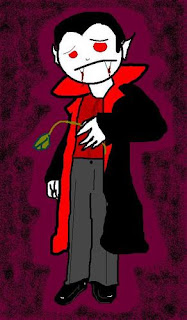 I just Googled "sad vampire" and got, like, a billion hits.
I should have known better.

Don't get me wrong, I'm not complaining about donating money to a worthwhile charity. I'm just disappointed that I continue to flail about impotently hoping someone will check out my book. I've only sold half as many copies of Hogtown as I did Ten Thousand Days in a similar time frame, and only received 1/5 as many reviews, despite the new book being much better (in my opinion).

I was so bummed about my non-existent success that I gave away copies of Hogtown for free yesterday for Trick-or-Treat for books. At least it's in someone's hands now. I'm not worried that those freebies took away from any potential donations that would have went to Blood Services, since I ended up covering it anyway.

Anyway, I'm bummed, I'm frustrated, I'm disappointed. Awhile ago I said I don't care if my books make money and I meant it, but I really would like someone to read them.

Here's a picture of my kids dressed up as Minions for Halloween. 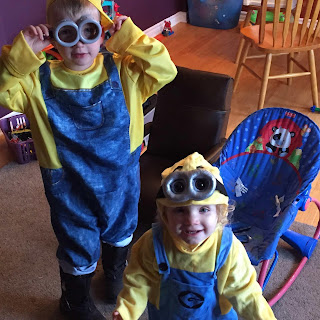 November IWSG Question:
What's your favourite part of being a writer?

This one's easy, and ties well into my anecdote above. The best part is definitely when someone tells me they enjoyed one of my stories. It doesn't have to be much, even a "hey man that was really cool" is great (though a detailed review is always awesome). I ain't in this for the money or your revolution. I'm a ham and a storyteller and a clown - I just want people to read my damn books. ;-P