The Day Before Hell Arrives 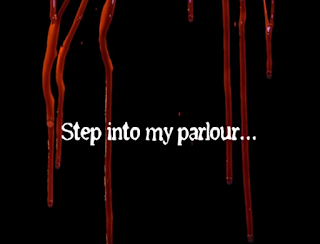 My new book comes out tomorrow.

In our world of changing political landscapes, increasing cultural tensions, radicalized violence and rampant media hysterics, it's not even a blip on the radar. Even in my tiny pocket of the world, with my oldest starting school in a few months, my wife going back to work full-time soon and our planning of a family vacation halfway across the country, my little book often falls on the back burner.

But in it's own small way, it is important, and I would like to wax poetic about it for a moment if you'll indulge me.

I started Hell Comes to Hogtown in February of last year, when I wrote the first lines in a hardcover black notebook on a bus on my way to work. I eventually wrote the entire first rough draft in that notebook, on that bus. I typed it up on that bus, too, and did countless revisions over the last 16 months with my laptop perched on my knees.

After Ten Thousand Days came out last May, I really looked forward to releasing this one. I felt good about it, that I had learned from my mistakes and that it was going to be much better than Days. I was also wildly optimistic, thinking that I would have it out by Halloween.

That didn't happen, obviously (though I did put out an unrelated short story for October 31). I tried to run a crowd-funding campaign to get Hogtown published through Inkshares.com, but that didn't go very far. I was reminded once again that my network is rather small, and I don't have the time or energy to do the hyperactive marketing required for crowd-funding.

My writing "career" is really more of a "hobby," and I'm perfectly okay with that. I know I'm not going to write a national bestseller, or win any awards. I'm not even hoping to write full-time. I just want to put out a book that I can be proud of, that hopefully people will enjoy. If Hogtown sells a few more copies or gets a couple more reviews than Ten Thousand Days, then I will be content. I will know that the work I put into this book was worth it, and that I am improving at writing. That's all I can ask for.

Nothing will change tomorrow when the book comes out. The sky won't open up, the anxiety won't vanish. It will take awhile before numbers and reviews come in, and I will still check my sales rankings and the review pages every day to see what's happening, and that will go on for weeks or months. But there will be a symbolic change, in that all my work of the last 16 months will officially be available for all the world to see. And that, I think is the big deal.

I hope you will check out the book. It's a dark comic horror/urban fantasy kind of thriller, with monsters and comic books nerd and professional wrestling and government conspiracies and gratuitous drug use. It also has a lot of bad words. Like, a lot. Believe me, I completely understand that this won't be for everyone, but I'm okay with that. Just don't say I didn't warn you. If you like Christopher Moore, you'll be in the same ballpark for what I'm going for.

On the surface the story is about the loser night manager at a Toronto comic book store and his best friend, a womanizing pro-wrestler. They accidentally get caught up in a murder/kidnapping case involving the prime minister's family, but through it all they're also being stalked by a creepy demon hobo with an unknown agenda. It's gory and crude and funny, and will hopefully thrill and surprise you along the way.

At the heart though, it's the story of a young man who is unhappy with his place in the world, questioning his choices and his future. Sure, all this crazy shit is happening around him and he could die at any moment, but he's still worried about whether that girl was actually flirting with him or not. And he's still watching out for his best friend, even if he's an arrogant jackass who doesn't give a damn about anything but getting high and laid.

We've all been there, right?

If you read all that and you still think you would be interested in the book, and you're the kind of person who leaves reviews on Amazon and Goodreads, drop me a line or hit me up in the comments and I'll hook you up with a digital copy. Who knows? You might enjoy it. 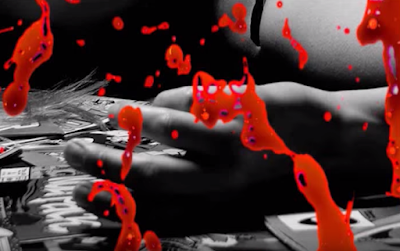