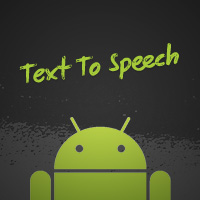 I don't think that anyone disagrees that having an editor is an integral part of your writing process. (Well, maybe some people do, but that's an argument for another day.) (Here's a great one for hire, in case you're looking.) But there are times when you will have to do some editing yourself. Maybe it's to prepare a piece before sending to an agent or publisher. Maybe you're so embarrassed at your awful grammar that you want to polish it a little before sending it to your real editor. Or maybe you're just starting out in self-publishing and can't afford a real editor yet and you're not convinced your cousin Eddy did a good enough job proofreading.

What was my point? Oh yeah, every writer needs to edit their own work. Which is really hard. One, because every word is a like precious little baby (hint: they're not), and Two, you stare at those words so hard for so long that it's impossible to look at them objectively and notice mistakes. As you read, you hear them in your head the way you think they're supposed to sound, not the way they're actually written.

Having someone else read it is a big help, because they will pick up lots of things you don't notice. Having someone else read it ALOUD is even better, because they will very quickly pick up (and stumble over) things that don't sound right. Of course, most of us don't have friends and family members willing to sit down and read our manuscripts out loud to us (I'm sure my loving wife would, if she didn't have a million other better things to do than humour my obsessiveness). But you know what? Most of us have a dear friend in our pocket right now that can help us make our editing easier, and our writing better.

Text-to-Speech (TTS) technology is a really cool feature that I'm sure your smartphone possesses. It does exactly what it claims, converting printed text on the screen into audio. Technically it's meant as an accessibility feature for those who have trouble visually, but it has many other uses. The biggest one is having it read your manuscript back to you, forcing you to experience your work in a new format, which will allow you to pick up on typos, incorrect grammar, weird sentence structure and a multitude of other errors in your writing. These errors become painfully obvious when read out-loud, errors that you would glaze over when you're reading it, because again, your brain and your eyes are telling you what you EXPECT to be there, not what's actually there. It's much, much harder to do that when you're listening to the story in someone else's voice.

I find it's also helpful for picking up on plot inconsistencies and bad word choices. For some reason I pick up on things better when I hear them, and realize "oh, hey, I said that here, but I said something contradictory a few pages previous." The best one is noticing when you use the exact same adjective or verb three times in two sentences, which for some reason I never notice when reading it, but sounds SUPER obvious and terrible when read aloud.

Sure, the audio quality is often terrible and mechanical. Honestly it sometimes it sounds like Stephen Hawking tripping on really bad drugs. But this is actually a good thing. The computer is not trying to make the words sound good - it's just repeating back exactly what's on the page in a consistent, monotone format. There's no way you can get lost in the story or listen to the poetry of it or whatever. It's just the words, and whether or not they're the right words. If it hits a snag, it will IMMEDIATELY become apparent. Sometimes painfully so.

On my Android phone, I use a free App to convert the book to an Epub (I currently use Ebook & Document Converter), then open the file in Google Play Books, which comes with the phone and has a built in TTS-reader. It's really simple, and Android comes pre-loaded with dozens of different voices in various languages and accents, both male and female. Plus you can download numerous other voices on Google Play which are often of higher quality (but be forewarned that the files are HUGE).

The system will work very similarly on your iPhone, though you will probably need a slightly different app to convert and possibly read your files (I'm pretty sure you can get Google Play Books on iOS).

I like using Google Play Books because it will continue reading the book aloud while I do other things, but if I hear something I don't like I can quickly pause it, highlight the offending section and then continue. When I have time later I can go back and easily go through my highlights, fixing the problems. It's all terribly convenient.

Speaking of having multiple voice options, I've discovered that after I've listened to the document and made my edits, it's very helpful to go back and listen to again with a different voice and accent. Because of the variety of ways people/programs pronounce the same words, you will actually notice different errors depending on the voice. I put a recent short story through the process three times, and found new mistakes each time. For instance, I used the word "expense" where I meant to use "expanse," but the first two voices said it so similarly to "expanse" that I didn't notice it until the third pass. (I also can't solely blame the computer, because I had read it a dozen times without picking up on it, too.)

I'm sure you can use TTS technology on your desktop computer for similar effect, though I've never done it myself so I can't speak to it. If anyone has tried this, please let us know in the comments.

What do you think? Have you tried using TTS as an editing tool? I love it, but I'm sure there are detractors. Let us know in the comments below!
Posted by C.D. Gallant-King at 3:32 PM
Email ThisBlogThis!Share to TwitterShare to FacebookShare to Pinterest
Labels: eBook, Editing, Self-Publishing, Technology, Writing