"Typical Gallant-King – gutsy, original, and savagely fun." - Samuel Gately, author of The Fire Eye Refugee
"An exciting and thrilling homage to the 90s." - Paul Carberry, author of Zombies on the Rock
"Riveting, fun, and entertaining read for fans of Stranger Things, The Goonies and IT. - Damien Larkin, author of Big Red
"I would put him at the top of the list of Canadian horror humor authors, as soon as I find some more so I can actually make a list." - Patrick LeClerc, author of Out of Nowhere 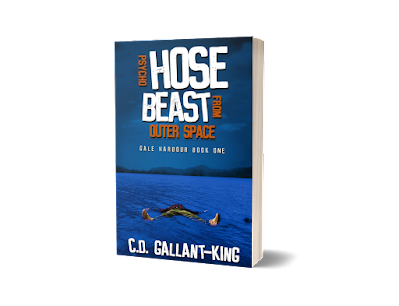 Newfoundland, Canada, 1992.
Gale Harbour hasn’t seen any excitement since the military abandoned the base there thirty years ago, unless you count the Tuesday night 2-for-1 video rentals at Jerry's Video Shack. So when a dead body turns up floating in the town water supply, all evidence seems to point to a boring accident.
Niall, Pius and Harper are dealing with pre-teen awkwardness in the last days of summer before the start of high school. The same night the body is found, the three of them witness unusual lights in the sky over the bay.
Is it a coincidence? Are the lights connected to the rapidly-increasing string of mysterious deaths? And what does the creepy old lady at the nursing home have to do with it?
There is an evil older than time hidden deep beneath the waters of the North Atlantic. It is hungry, and vengeful, and it has its sights set on Gale Harbour to begin its path of destruction. All that stands in its way are a group of kids who would rather be playing Street Fighter II...
BUY IT:
AMAZON.COM | AMAZON.CA | AMAZON.CO.UK

Reviews from Goodreads.com
Email ThisBlogThis!Share to TwitterShare to FacebookShare to Pinterest